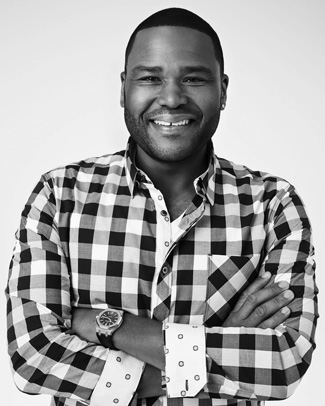 Anthony attended, and is active supporter of, what is now the Watts/Willowbrook Boys & Girls Club in Los Angeles. He found his way to acting through his mother, who worked as a background actor. After graduating from the High School for the Performing Arts in Los Angeles, he was awarded a scholarship to attend Howard University, where he earned his theater arts degree. In 1993, he landed his first significant movie role in the Eddie Murphy/Martin Lawrence comedy, “Life.” Anthony’s versatility as an actor has served him well, with roles in comedies, dramas and action movies, including “Me, Myself & Irene,” “Barbershop,” “The Departed” and “Transformers.” Well known for playing Detective Kevin Bernard on TV’s “Law & Order,” Anthony now stars in the popular family sit-com, “Black-ish.”