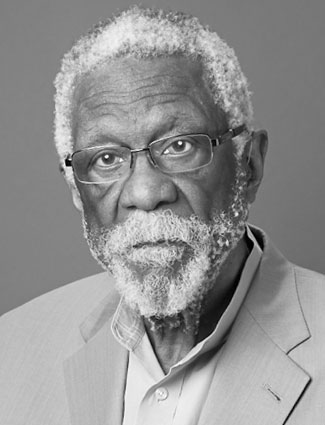 Bill Russell was not a star on his high school basketball team in Oakland, California. In fact, he was cut as a freshman. But his coach saw something in the teen. He walked Bill to the Oakland Boys Club, paid the $2 membership fee, and encouraged him to work on his game. In 13 seasons, the dominating center led the Boston Celtics to 11 championships, including two as player-coach, the first African-American coach in NBA History. In 1956, he captained the U.S. basketball team at the Summer Olympics in Australia. Bill led the team in scoring, and to the gold medal. The 5-time MVP’s shot blocking, rebounding and defense literally changed the game. Bill was inducted into the Naismith Memorial Basketball Hall of Fame in 1975. In 2010, President Obama honored Bill for his accomplishments in the Civil Rights Movement with the Presidential Medal of Freedom, the country’s highest civilian honor.