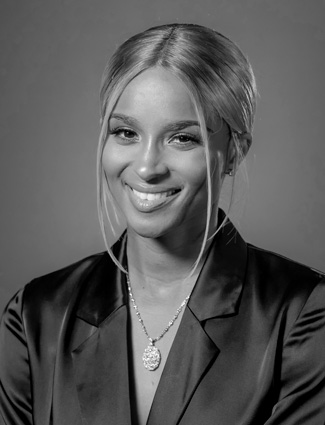 Ciara Princess Harris was born in Killeen, Texas. As the only child of U.S. service members, she grew up all over, including Germany, New York, California and Atlanta, where she discovered the Boys & Girls Club. The Club was like an extended family for Ciara, with welcoming staff members who built strong bonds with all the kids. By age 14, Ciara was a talented singer and dancer. At 16, she signed her first record contract and, at age 19, released her debut album “Goodies,” which sold 5 million copies. Over her 15-year career, she has sold over 23 million records and 22 million singles. Ciara enjoys visiting Clubs to share her journey with members to let them know anything is possible.