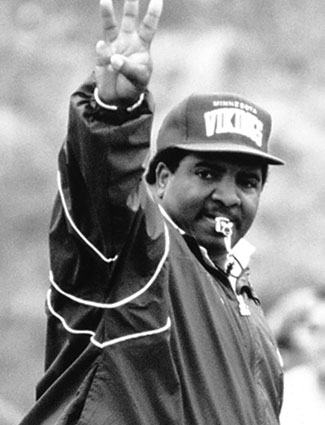 Dennis Green, one of the most successful coaches in NFL history, still remains loyal to Boys & Girls Clubs, which he believes made a positive impact on his life. A star halfback with the University of Iowa Hawkeyes, he became a legendary college coach before coaching in the NFL. During the 1990s, Green had the most successful record in the NFL with the ninth best winning record in league history. Yet he still found time as coach of the Minnesota Vikings to serve as a board member for the Boys & Girls Club of Minneapolis, organize fundraisers, and star in television and radio public service announcements on its behalf.