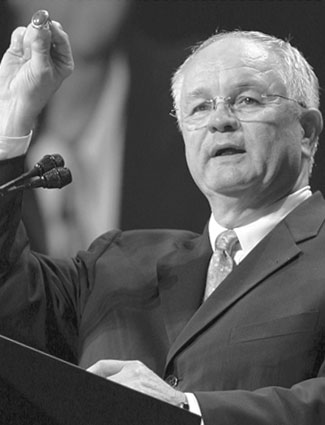 Jim Caufield has devoted his entire life – since the tender age of 6 – to Boys & Girls Clubs. At his Oakland, Calif. Club, Caufield was the quintessential Club kid who spent all of his waking hours there when he wasn’t in school. Caufield quickly became a junior staffer and eventually served as a Club director. For the last quarter century, Caufield has been keeping BGCA national headquarters running smoothly and well as senior vice president of the organization. Reflecting on his early Club years, Caufield says, “I had some great mentors in my life. They gave a poor kid a chance.”

“I had some great mentors in my life. They gave a poor kid a chance.”