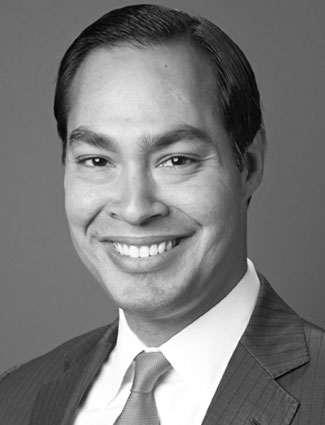 
Former Secretary of the U.S. Department of Housing and Urban Development

A San Antonio native and second-generation Mexican-American, Julian could walk to the Boys & Girls Club in San Antonio, where he and his twin brother Joaquin attended. At the Club Julian learned that competition can be fun, and could be found dominating on the basketball court or playing bumper pool. After completing his law degree at Harvard, Julian became the youngest councilman in San Antonio history. After four years as councilman, Julian was elected mayor of San Antonio in 2009. In his three terms, Mayor Castro focused on education. In 2014, Julian was sworn in as the 16th Secretary of the U.S. Department of Housing and Urban Development, where he is committed to achieve the Department’s mission of expanding opportunity for all Americans.