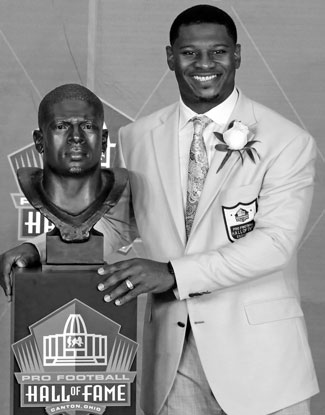 LaDainian was 7 when he became a Youngblood Boys & Girls Club member, where his favorite activity was flag football. After a stellar high school career, L.T. accepted an athletic scholarship to Texas Christian University and led the team to its first bowl win in 41 years. After the San Diego Chargers selected him fifth overall in the 2001 NFL Draft, L.T. finished his rookie season with 1,236 yards rushing and 10 touchdowns. Over an astonishing career that included rushing for over 13,000, catching 624 passes for nearly 5,000 yards and scoring 62 total touchdowns, LaDainian was inducted to the Pro Football Hall of Fame in 2017.