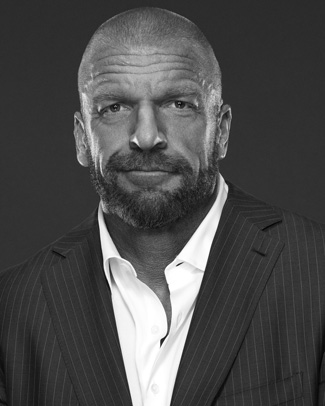 Paul watched his first wrestling match at the age of 5, a televised bout featuring Chief Jay Strongbow. As he grew up, he remained a voracious fan. Wanting to look like a pro wrestler, he took up bodybuilding when he was 14. After graduating from high school, Paul focused on competitive body building and was crowned Mr. Teenage New Hampshire when he was 19. In 1992, he enrolled in a wrestling school run by legendary pro wrestler, Killer Kowalski, and made his WWE debut in 1995. Now a WWE executive vice president, Paul continues to compete as Triple H, his iconic alter ego who has captured every major championship, headlined thousands of events and entertained millions as a professional wrestler.