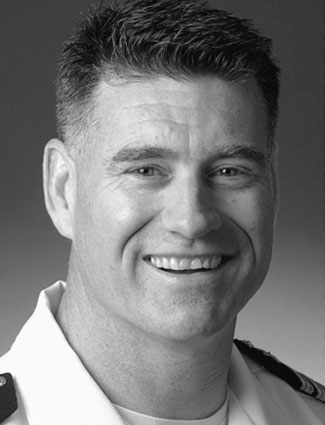 As a Navy pilot with thousands of flight hours, hundreds of carrier landings and a solid record of excellence, this Club alum reaches new heights every day. In 2004, Cmdr. Steve Foley was named commander of the Blue Angels, the famous Navy flight demonstration team. Steve has traveled the world, but he has never forgotten his beginnings at the Charlestown Unit of the Boys & Girls Clubs of Boston. Steve has flown missions in support of Operation Desert Shield and Operation Enduring Freedom; his decorations include the Meritorious Service Medal, and four Navy and Marine Corps Commendation Medals.