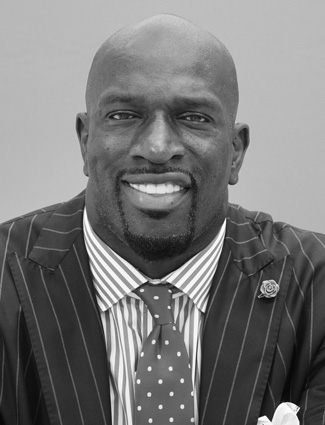 WWE Global Ambassador Titus O’Neil, aka Thaddeus Bullard, attended Delray Beach Boys & Girls Club at the age of 8 as a safe place to go after school. When he couldn’t afford to sign up for a local youth football league, a Club counselor paid his registration fee. He excelled on the gridiron, earning a scholarship to the University of Florida, where he graduated with a bachelor’s degree in sociology and a master’s degree in administrative education. After a stint in the NFL, O’Neil pursued a career in sports entertainment, and eventually signed with WWE where he has become WWE Tag Team Champion, the first-ever 24/7 Champion and was recently inducted into the WWE Hall of Fame as the Warrior Award recipient, an award given to an individual who exhibits unwavering strength and perseverance and who lives life with the courage and compassion that embodies the indomitable spirit of The Ultimate Warrior. He is known for his humanitarian work outside the ring as much as his work inside WWE and created the Bullard Family Foundation to provide children and families in need with programs and resources to help build character, develop relationships, and strengthen the communities around them. In addition to the Boys & Girls Clubs, O’Neil also supports The Special Olympics and Pop Warner Football.