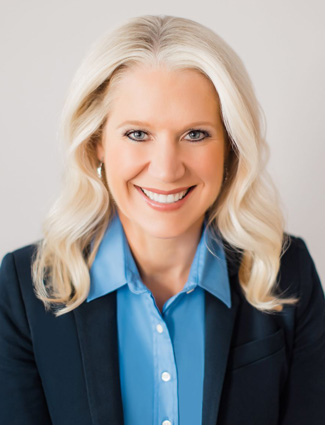 Lisa Anastasi currently serves as Chief Development and Public Affairs Officer for Boys & Girls Clubs of America, leading the organization’s resource development and government relations divisions, with a focus on achieving ambitious growth and sustainability goals in support of the national organization and a network of more than 4,700 local Clubs.

Previously, Anastasi served as Chief Development and Marketing Officer for the USO, the nation’s leading charitable organization in serving active-duty service members and military families.  In her role at the USO, Anastasi led all fundraising, marketing, communications and special events for the organization and supported development strategy and marketing activities globally for 250 USO Centers around the world.  Under her leadership, the USO achieved its highest fundraising years on record and more than doubled the organization’s online, major gifts and planned giving revenue.

Anastasi also worked at the University of Virginia’s College and Graduate School of Arts and Sciences as the Director of Donor Relations. In this role, she provided strategic direction and daily management of development activities for the College’s 90,000 alumni.

Anastasi started her career with U.S. Congressman Larry Combest of Texas, working on legislative issues in the areas of early childhood, secondary and higher education, and veterans’ affairs.  She also served in the office of U.S. Senator Kay Bailey Hutchison as a Cortez A.M. Ewing Fellow.  Additionally, as a government relations consultant, Anastasi represented colleges, universities, and nonprofit organizations on Capitol Hill.  During that time, she helped raise more than $300 million in federal funding for her clients, which included Texas Tech University, Oklahoma State University, and the University of New Mexico.

Anastasi is a Certified Fundraising Executive (CFRE) and received a Nonprofit Management Executive Certificate from Georgetown University’s McCourt School of Public Policy.  She holds a Bachelor of Arts in political science from the University of Oklahoma.  Anastasi and her husband, Tim, have two sons, Brock and Walker.

In a cultural and societal shift toward trauma awareness, Boys & Girls Clubs are infusing a trauma-informed approach across everything we do as we work to ensure every young person reaches their full potential.

Whatever It Takes For HER

Recognizing the importance in continuing to show young girls around the country their limitless potential.