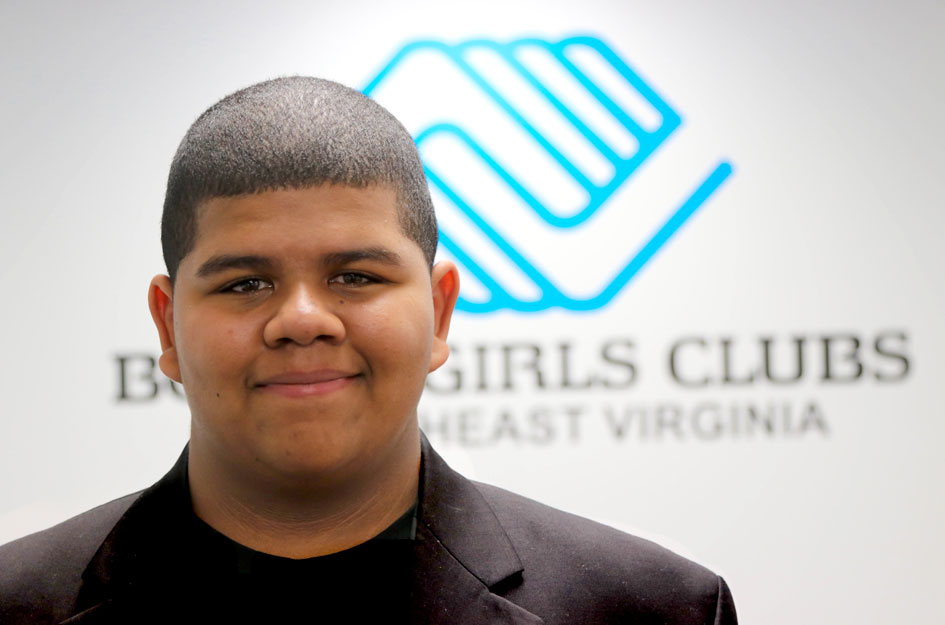 Calvin had a troubled childhood and often let his troubles defeat him. Calvin’s parents had him at a young age, so his cousin stepped in to help raise him. As he started to grow up, he regularly had a bad attitude and verbally bullied kids at his school, calling kids names and taunting them. It wasn’t until he joined the Boys & Girls Club at age 10 that he started to change his ways. Joining the Club got Calvin out of the house, but more importantly gave him the opportunity to make friends and see a new pathway for himself. “I didn’t have a lot of opportunities until I joined the Boys & Girls Club, and that changed my outlook on life” Calvin said.

Once Calvin joined the Club, he started playing the tuba, honing his math skills (in fact, finding a new passion for the subject!) and focusing on being a better person. Today Calvin has put his troubles behind him. He believes the Club brought the best out of him and has allowed him to become a better student, leader and friend. He has taken honors classes for three years and has maintained perfect attendance since joining the Club. Not only that, but Calvin is now a mentor for younger kids.

Reflecting on his past, Calvin wants to start a mentoring program in schools across the country called “More Than Words” that will focus on providing positive words and actions to kids during their most pivotal times of growth. “I want to use my leadership qualities to tell all kids to make good decisions and to not bully others.”

Calvin’s personal mantra is “Step by step, I’m building my future”. He’s come a long way from his bullying days and has truly used the environment of his local Boys & Girls Club to help turn his life around.

Calvin was recently honored as the 2019 City of Portsmouth Youth of the Year. In the future he hopes to attend Virginia Tech, majoring in engineering.