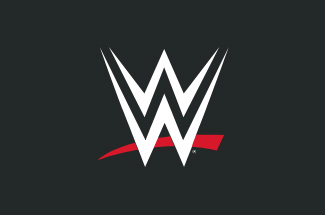 WWE supports programs and initiatives that positively impact children and families around the world.

Helping kids stand up to bullying

WWE is committed to leveraging the power of its brand and platforms to help address important social issues worldwide, including diversity and inclusion, education, military support and providing hope to those in need. WWE supports programs and initiatives that positively impact children and families around the world.

WWE’s multi-year national partnership with Boys & Girls Clubs of America is designed to further enhance youth development at local Clubs across the country. The partnership focuses on bullying prevention efforts around Be a STAR, WWE’s bullying prevention initiative, and its mission to encourage young people to treat each other with respect through education and grassroots initiatives. The newly revised Be a STAR curriculum, focused on social and emotional learning, will give students the tools they need to drive effective decision making, creativity, relationships and mental health.

WWE Superstars and Divas, many of whom are Boys & Girls Club alumni, will participate in bullying-prevention rallies at local Clubs across the U.S., where they will interact with youth, share their personal experiences, and distribute Be a STAR resources and materials. Since 2011, WWE has held more than 100 bullying-prevention rallies, and the Be a STAR resources and programs have reached more than 300,000 children globally.

WWE is an integrated media organization and recognized leader in global entertainment. The company consists of a portfolio of businesses that create and deliver original content 52 weeks a year to a global audience. WWE is committed to family friendly entertainment on its television programming, pay-per-view, digital media and publishing platforms. WWE programming reaches more than 650 million homes worldwide in 25 languages. WWE Network, the first-ever 24/7 over-the-top premium network that includes all live pay-per-views, scheduled programming and a massive video-on-demand library, is currently available in more than 175 countries. The company is headquartered in Stamford, Conn., with offices in New York, Los Angeles, London, Mexico City, Mumbai, Shanghai, Singapore, Dubai, Munich and Tokyo.

Additional information about WWE’s commitment to community can be found at wwecommunity.com