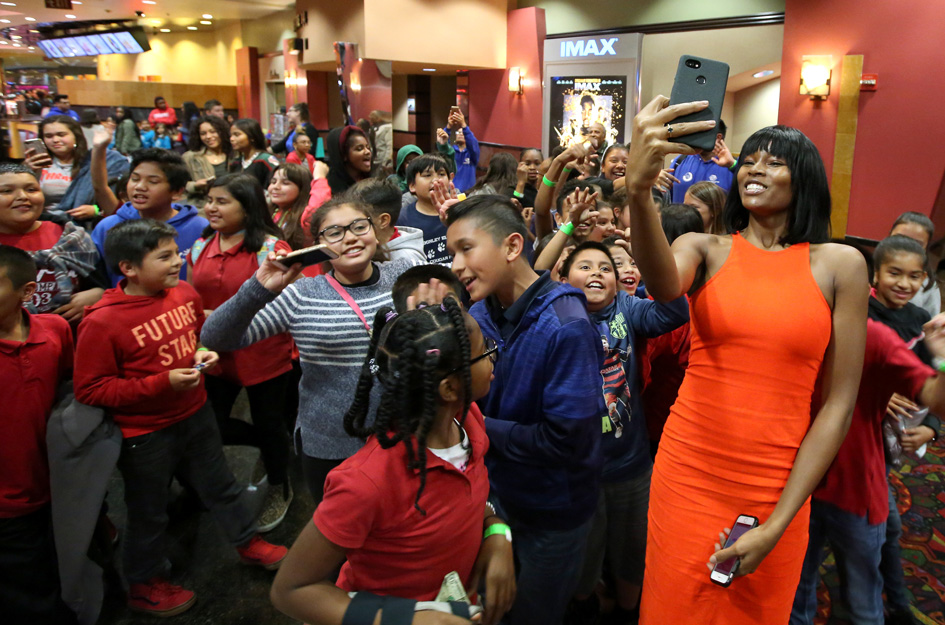 The screenings are a result of the #BlackPantherChallenge, a viral GoFundMe campaign launched by Frederick Joseph to send 1,000 youth from Boys & Girls Clubs of Harlem to watch the Black Panther movie. The campaign began with a goal of raising $10,000 to cover transportation costs, concessions and movie tickets. It has now raised more than $40,000, and sparked hundreds of individuals across the nation to launch similar fundraisers. To encourage celebrity support of the campaign, Joseph nominated Snoop Dogg to accept the challenge and Snoop immediately pledged his support.

Joseph's campaign inspired IMAX and Regal Cinemas to take the challenge to the next level, by launching multi-city, private screenings of Black Panther for Boys & Girls Clubs across the U.S. Celebrities and influencers have been invited to the screenings as a show of support for the #blackpantherchallenge and Boys & Girls Clubs of America. IMAX and Regal are providing concessions and movie tickets for all screenings.

These special screenings in IMAX will allow Boys & Girls Club members to experience more of the action of Black Panther than in any other format. The IMAX presentation of Black Panther contains an hour of footage specially formatted in IMAX. Select scenes will be presented in an expanded IMAX 1.9:1 aspect ratio to fill more of the screen - allowing audiences to see an impressive 26% more image exclusively in IMAX!

About Black Panther
After the death of his father, T'Challa returns home to the African nation of Wakanda to take his rightful place as king. When a powerful enemy suddenly reappears, T'Challa's mettle as king -- and as Black Panther -- gets tested when he's drawn into a conflict that puts the fate of Wakanda and the entire world at risk. Faced with treachery and danger, the young king must rally his allies and release the full power of Black Panther to defeat his foes and secure the safety of his people.

Snoop Youth Football League
Founded in 2005, The Snoop Youth Football League (SYFL) is a 501c3 non-profit organization founded to provide the opportunity for inner-city children to participate in youth football and cheer. The SYFL serves children between the ages of five and thirteen, teaching them the values of teamwork, good sportsmanship, discipline, and self-respect, while also stressing the importance of academics.