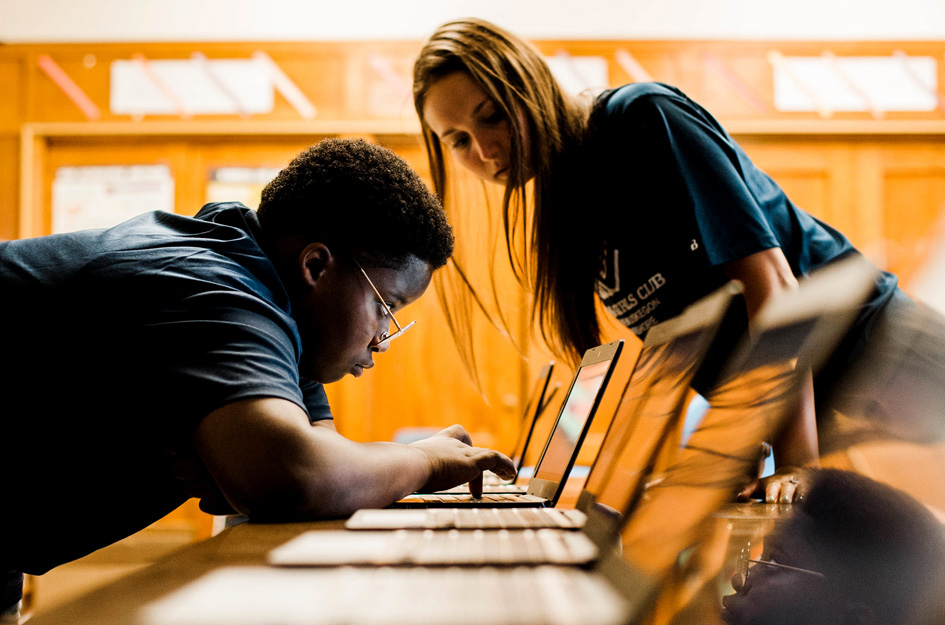 Launched in 2014 by Boys & Girls Clubs of America in partnership with Comcast NBCUniversal, My.Future provides access to a variety of digital programs and activities that help youth develop the knowledge, skills, and behaviors needed for future success in STEM and any career – from building basic digital skills like online safety, to cultivating technical skills like coding, to building social and emotional competencies like problem-solving and innovative thinking.

“The world we live in runs on technology, and digital skills are essential for any future career,” said Jim Clark, president and CEO of Boys & Girls Clubs of America. “Thanks to our long-time partnership with Comcast NBCUniversal, we’re able to help young people in underserved communities prepare for and compete in today and tomorrow’s digital workforce. Now with additional support from Red Nose Day, we look forward to enabling more youth to become anything they want, equipped with the skills needed to pursue their passions.”

With nearly 4,400 Clubs serving more than 4 million youth through membership and community outreach, the partnership with Comcast NBCUniversal is critical to bridging the digital divide for kids and teens nationwide. The additional funding from Red Nose Day will help further expand the reach of My.Future to an additional 45 Clubs.

“We are proud Red Nose Day has teamed up with us to invest in closing the opportunity gap for youth who aspire to succeed in today’s technology-driven world,” said Dalila Wilson-Scott, senior vice president of Community Impact at Comcast Corporation. “Together with Boys & Girls Clubs of America, we’re tackling the spectrum of digital literacy needs – whether that’s improving high-speed internet access, offering STEM activities like coding and media making or helping youth hone their digital and social-emotional skills by participating in online extensions of in-Club programming.”

Managed by the nonprofit Comic Relief Inc., Red Nose Day is a fundraising campaign dedicated to ending child poverty through their annual star-studded fundraising events, which have raised nearly $150 million in the last four years. The My.Future grant will enable Boys & Girls Clubs across the country to expand their technology capabilities, train staff, and bring My.Future and its program activities to more kids, especially those in under-resourced urban and rural areas with limited internet access and digital programming.

“Thanks to the millions of generous Red Nose Day supporters, we are thrilled to provide this grant to expand My.Future. More children in some of the most underserved communities across the country will now have the tech access to grow, learn and thrive,” said Janet Scardino, CEO, Comic Relief USA. “It’s a great way we can amplify this powerful program developed by two of our long-standing partners: The Boys & Girls Clubs of America and Comcast NBCUniversal.”

While American youth are considered “digital natives” growing up in a world infused with technology, kids and teens from underserved communities often lag behind in technical skills due to inequities in access, content, and context of their interactions with technology. Increasing workplace digitalization makes it even more urgent for youth to learn technical skills to compete for most jobs because the vast majority now require digital skills.

According to a 2018 national survey commissioned by Boys & Girls Clubs of America and Comcast NBCUniversal:

About Comcast Corporation
Comcast Corporation (Nasdaq: CMCSA) is a global media and technology company with three primary businesses:  Comcast Cable, NBCUniversal, and Sky.  Comcast Cable is one of the United States’ largest video, high-speed internet, and phone providers to residential customers under the Xfinity brand, and also provides these services to businesses.  It also provides wireless and security and automation services to residential customers under the Xfinity brand.  NBCUniversal is global and operates news, entertainment and sports cable networks, the NBC and Telemundo broadcast networks, television production operations, television station groups, Universal Pictures, and Universal Parks and Resorts.  Sky is one of Europe's leading media and entertainment companies, connecting customers to a broad range of video content through its pay television services.  It also provides communications services, including residential high-speed internet, phone, and wireless services.  Sky operates the Sky News broadcast network and sports and entertainment networks, produces original content, and has exclusive content rights.  Visit www.comcastcorporation.com for more information.

About Red Nose Day
Red Nose Day is a fundraising campaign run by the non-profit organization Comic Relief Inc., also known as Comic Relief USA, a registered U.S. 501(c)(3) public charity. Red Nose Day started in the U.K., built on the foundation that the power of entertainment can drive positive change, and has raised over $1 billion globally since the campaign’s founding in 1988. Red Nose Day launched in the U.S. in 2015 with a mission to end child poverty, and has raised almost $150 million to date. Money raised supports programs that ensure children in need are safe, healthy and educated, both in America and abroad. Since launching in the U.S., Red Nose Day has received generous support from millions of Americans, hundreds of celebrities and many outstanding partners, including Walgreens, NBC, Mars, and the Bill & Melinda Gates Foundation.