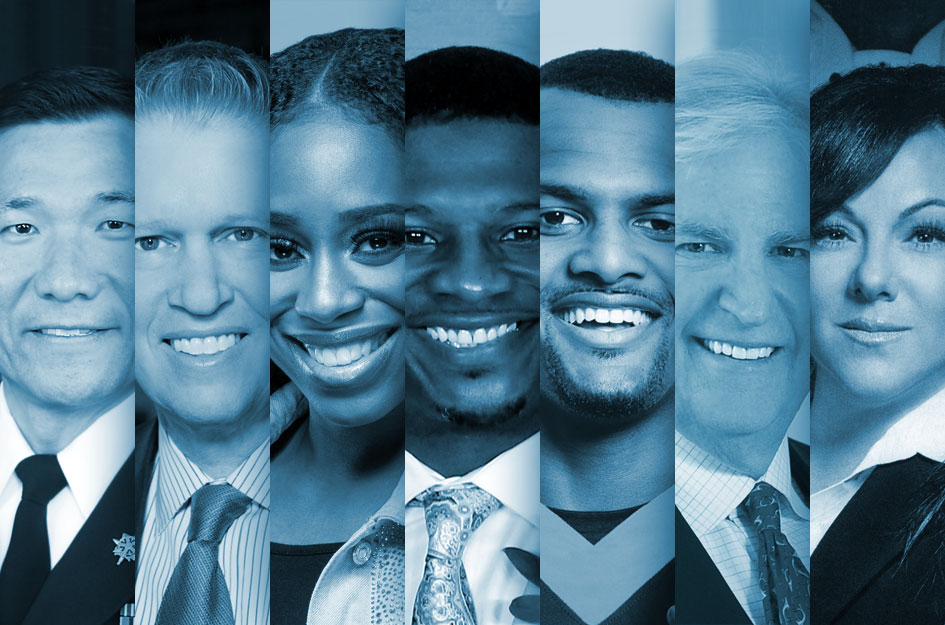 Deshaun Watson, Ladainian Tomlinson, Trinity “Naomi” Fatu and Others to be Inducted Into the 29th Annual Boys & Girls Clubs Alumni Hall of Fame

HOUSTON – April 24, 2019 – Boys & Girls Clubs of America will induct seven new Club alumni into their Alumni Hall of Fame during a ceremony next week in Houston, Texas. For more than 150 years, Boys & Girls Clubs around the country have provided kids and teens, of all backgrounds, a safe place where they can develop social emotional skills, and positive experiences that can put them on the path to a great future. To celebrate the accomplishments of former Boys & Girls Club members, the organization annually recognizes distinguished alumni, including these seven inductees who have excelled to the top of their respective fields.

The ceremony will be hosted by Emmy and Tony-award winning actor and Club alum Courtney B. Vance, and will honor alumni who have gone on from their Boys & Girls Club to make major contributions in their professions, from sports to entertainment to the military and more. Each of these leaders has followed a unique path, yet they all share a similar beginning – with the life-changing programs, caring staff and the fun, safe environment of a Boys & Girls Club.

“We are so honored to have the opportunity to recognize Boys & Girls Club alumni who have excelled in their profession and have made an impact in communities across the country,” said Jim Clark, president & CEO of Boys & Girls Clubs of America. “Each inductee has their own unique Boys & Girls Club story to tell. It’s those stories that will help inspire nearly 4 million kids and teens to become anything they dream to be.”

Col. John Chu attended Boys & Girls Clubs of Fullerton from age 12 through high school. With the mentoring of a Club staff member, he developed leadership skills that allowed him to become president of his Keystone Club (teen leadership program). Under his leadership, Keystone grew to more than 50 members, most of whom identified as ethnic minorities. John went on to attend West Point, graduating with honors from the U.S. Military Academy. Today, Col. John Chu commands over 6,000 soldiers at Fort Gordon in Georgia. His commitment to education, community and Boys & Girls Clubs remains fierce, including volunteering at Clubs in San Francisco, Philadelphia and upstate New York.

After getting his membership card when he was 8, Tom attended the St. Charles Boys Club through high school. He played as many sports as he could at the Club. If he wasn’t in the gym, you’d probably find him in the Club library reading a book. Playing, competing and befriending Club kids from different cultures and backgrounds opened Tom’s eyes to the diverse world he lived in. After receiving a basketball scholarship to the University of Arizona, Tom entered the TV industry. Now president and general manager of NBC TV in Dallas, Tom is a very active board member for Boys & Girls Clubs of Greater Dallas.

At the Boys & Girls Clubs of Central Florida, Trinity overcame intense shyness by socializing and making friends with other Club members. After high school, she became a dancer for the NBA’s Orlando Magic. In 2009, she joined WWE, reaching the pinnacle of sports entertainment by twice winning the SmackDown Women’s Championship, including an epic victory in 2017 at WrestleMania 33. Since 2013, Trinity has been a featured cast member on the hit reality series, “Total Divas on E!” She also participates in WWE’s Be a STAR rallies speaking to youth about bullying prevention, emotional intelligence and how young people can help end cyberbullying by spreading positive messages on social media.

LaDainian was 7 when he became a Youngblood Boys & Girls Club member, where his favorite activity was flag football. After a stellar high school career, L.T. accepted an athletic scholarship to Texas Christian University and led the team to its first bowl win in 41 years. After the San Diego Chargers selected him fifth overall in the 2001 NFL Draft, L.T. finished his rookie season with 1,236 yards rushing and 10 touchdowns. Over an astonishing career that included rushing for over 13,000, catching 624 passes for nearly 5,000 yards and scoring 62 total touchdowns, LaDainian was inducted to the Pro Football Hall of Fame in 2017.

Deshaun began attending the Boys & Girls Club of Hall County at the age of 7. In addition to sports, he especially enjoyed the Passport to Manhood program that allowed him and his peers to discuss their goals and challenges in an open and frank manner. To earn money for football camps, Deshaun worked at the Club with younger members. After a record-breaking career at Gainesville High School, Deshaun played football for the Clemson University Tigers. After leading the Tigers to the 2016 National Championship, the Houston Texans selected him with 12th overall in the 2017 NFL Draft. Deshaun continues to be involved with Boys & Girls Club, and often returns to Gainesville to speak with Club members.

From the moment he joined the Fort Smith Boys Club, Joel felt comfortable and welcomed by staff and youth alike. He spent a lot of time in the gamesroom, where he got so good playing Checkers, he was named Arkansas Boys Clubs’ 13-and-under Chinese Checkers champion! As he got older, Joel gravitated to playing competitive sports at the Club, basketball in the winter and baseball come spring.  Club experiences like fair play, and not judging others remain part of Joel’s personal values. After nearly 30 years, Joel will soon retire as president and chief executive officer of Phoebe Putney Memorial Hospital in Albany, Georgia, a long-time supporter of the Albany Boys & Girls Club.

The Club gave Denise a safe place to grow, learn, and get some TLC when she needed it most. After leaving foster care, a friend introduced Denise to the Escondido Girls Club, later the Boys & Girls Clubs of Escondido. After the trauma of custody trials and bouncing from foster-home to foster-home, the Club was just what the 6-year-old needed. Club staff took extra time with Denise, helping her emerge from the tough space she was in. For her grandmother, the Club was a vital support system. After graduating from college, Denise’s love of sports led her to create EAG Sports Management providing athletes with career management. Over the past 23 years, Denise has built EAG into a major player in the sports industry.

For more information on Boys & Girls Clubs Alumni & Friends or to join the community go to www.bgca.org/alumni.