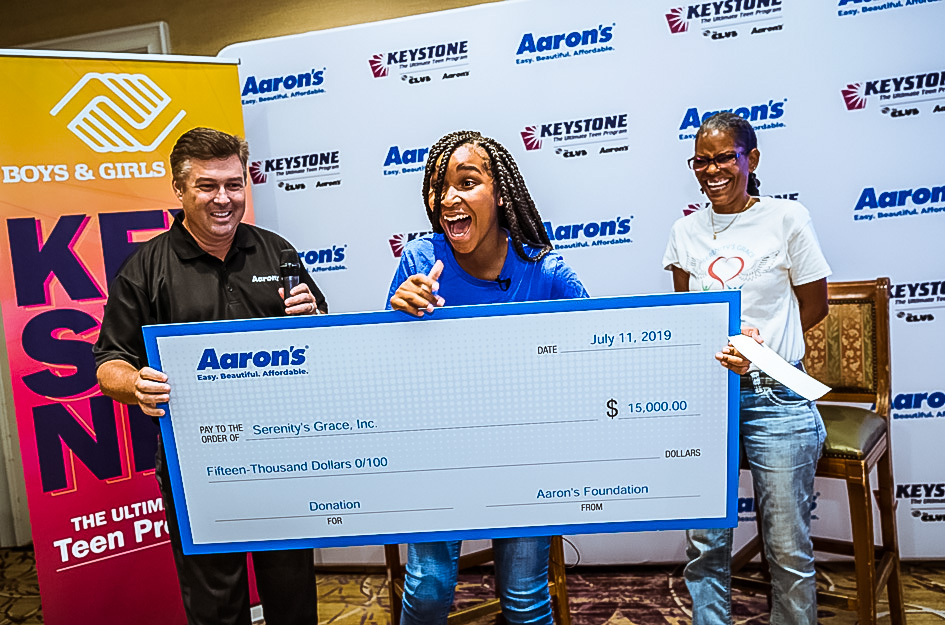 After receiving a surprise donation of $15,000, Serenity – who’s 14 and attends Boys & Girls Clubs of Central Florida – hardly let the shock subside before making her next move. As she wiped away joyful tears, Serenity finished hugging her grandmother, Karlette Karras, and declared they needed to purchase a large cargo truck to transport supplies to homeless individuals in Orlando. 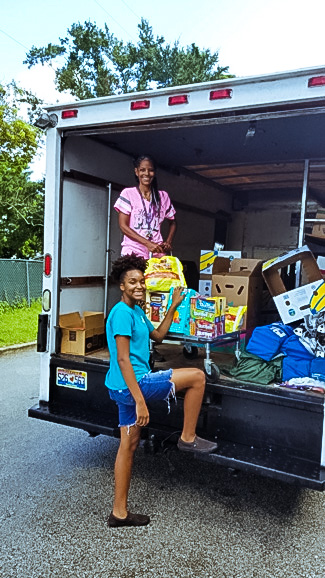 Within days, a white truck was purchased by Serenity’s Grace, the nonprofit co-founded by Serenity and Karlette that distributes food, toiletries and other essentials to the homeless population in Orlando. A few weeks later, the truck had been painted bright blue and decorated with ladybugs and butterflies – a beacon of hope that’s hard to miss traveling across Florida highways to parks where many homeless people will sleep at night.

The donation was presented by Aaron’s Inc. at the 52nd annual National Keystone Conference, a teen leadership summit held in Orlando last July. For the fifth year, Aaron’s was the presenting sponsor of the conference, which brings together Boys & Girls Club teens from around the country to discuss issues relevant to them, strengthen their leadership skills and explore pathways for a successful future.

As she accepted the oversized check at the conference, Serenity was overcome with emotion.

“I immediately began to cry because I just didn’t think it was true,” Serenity said.

Never Too Young to Serve


Serenity began working with the homeless when she was 5 years old. When a local organization said she was too young to continue helping on projects, Serenity, then all of 7, convinced her grandmother to create Serenity’s Grace. Now, Karlette drives across Orlando and surrounding areas to collect food. Serenity volunteers up to 15 hours each week distributing soup, hot chocolate and toiletries, fundraising through an online store, and developing ideas for new projects.

Before purchasing the cargo truck, Serenity’s Grace volunteers used a pickup truck and attachable trailer to collect food and transport supplies for weekly food giveaways. The new truck allows the nonprofit to securely store nonperishable items and supplies like tables, tents, and sleeping mats without loading and unloading them for every event. Eventually, Serenity and Karlette want to install a portable chiller and freezer to protect perishable foods.

The donation from Aaron’s along with increased public awareness has spurred other gifts, including a recent $1,000 check from a major retailer, further motivating Serenity’s devoted efforts to help people in the community. 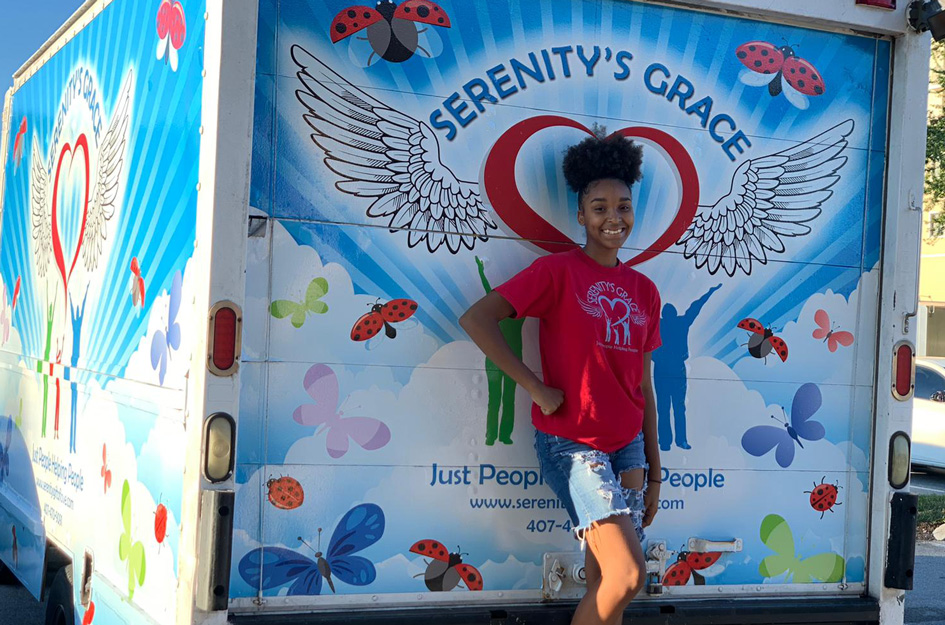 Keystone Club helped Serenity emerge from a shy girl into a strong teen leader with a bright personality, said Samantha Walker, assistant teen director at the Taft Branch Boys & Girls Club and a longtime mentor to Serenity. “She motivates everyone around her and always seeks out ways to help her community.”

Boys & Girls Club members will often help with projects like assembling toiletry kits. Some of them also  benefit from services provided by Serenity’s Grace, which has donated clothes and bikes to Club kids who are in need and hosted a holiday party to ensure every Club family had gifts and time to celebrate together.

Serenity often attends Keystone Club meetings and works on large service projects with fellow members. She uses skills she learned as a Keystoner to stay organized and balance her time between school work and volunteering with Serenity’s Grace. She’s also learned to manage her frustrations and think creatively when road blocks slow her down, such as tracking down permanent warehouse space to store large furniture and operate a thrift store. She dreams of expanding Serenity’s Grace to more areas in Florida and maybe even other states to serve as many people as possible. 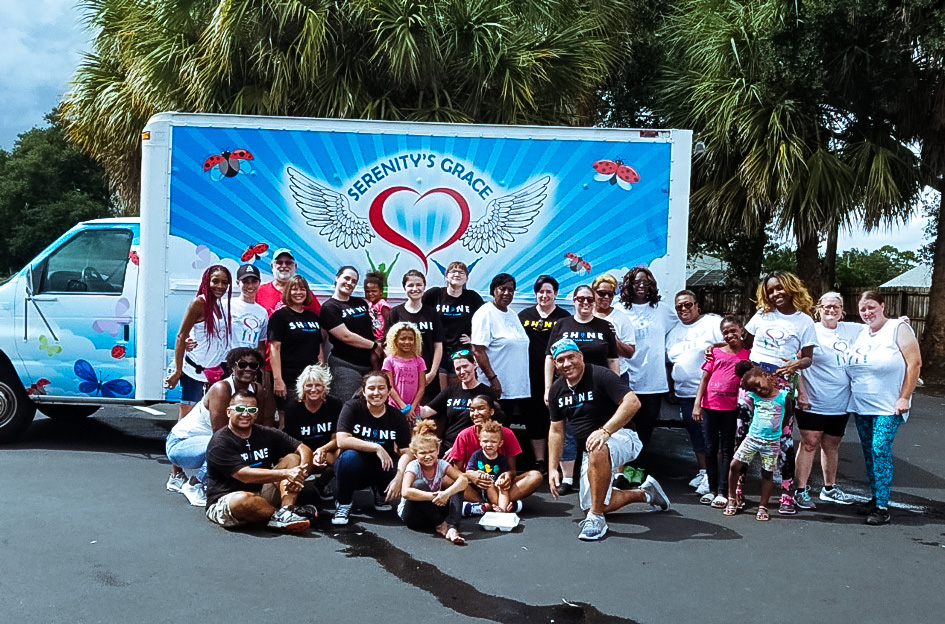 Although Serenity doesn’t want her high school classmates to think she’s any different from them, she does hope she’s inspiring young people like herself to serve others and help their communities.

“I want them to know you are never too young and never too old to do something if you put your mind to it,” Serenity said. “We are the next generation. We are the voice. Why not start now?”

Learn more about Keystone Club and how teens are using their voice to advocate for change in their communities.