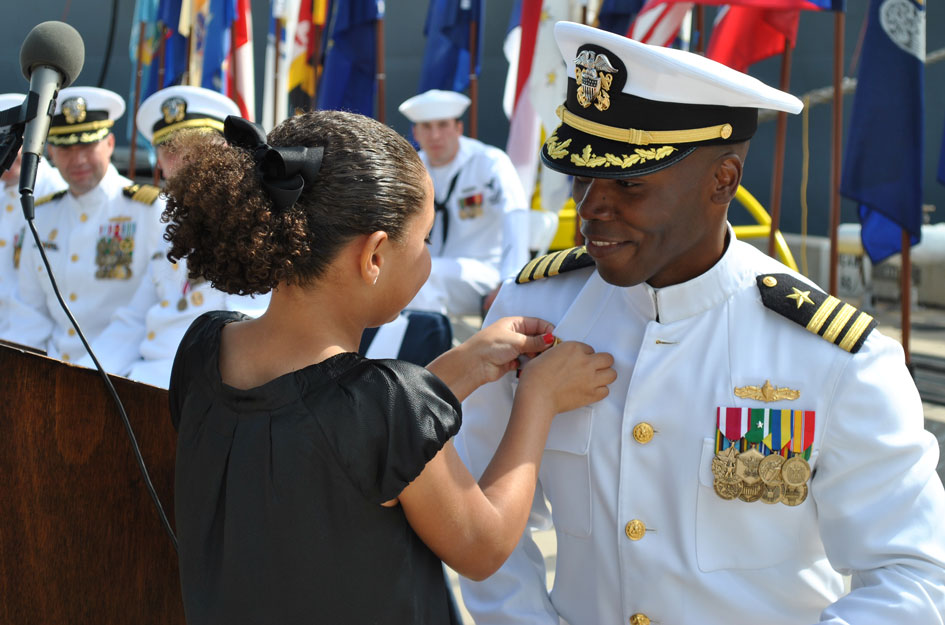 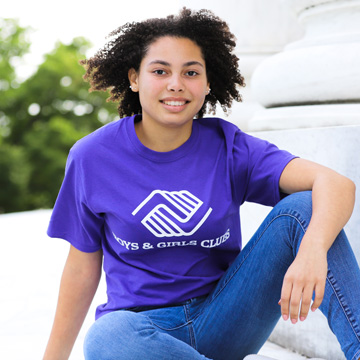 Since 1991, Boys & Girls Clubs of America has partnered with the U.S. Armed Services to support military-connected youth and their families. April is Month of the Military Child and Boys & Girls Clubs of America-affiliated Youth Centers across the nation and abroad will use this time to raise awareness of programs offered to military youth. Programs like Keystone Club and Raytheon’s STEM Centers of Innovation positively influence the overall well-being, resiliency, and academic success of military kids.

If I could use one word to describe my life as a military child, it would be “FUN”. By the start of my senior year in high school, I had moved nine times and gone to eight different schools. I’ve traveled the world, been to 32 countries and 15 states.

Although my life has been fun and adventurous, it’s also been a struggle at times. When I was younger, my dad would deploy sometimes for eight months at a time. Back then, it was hard for me to really understand why he was leaving. This in turn made me struggle with stress, communicating my feelings and making friends at school. Sometimes, it was hard to really fit in and be accepted when you are always the “new kid”.

Moving from school to school has been challenging. I’ve gone from public schools, to Department of Defense Education Activity schools, to private schools and now back to a public school. This has caused me to have gaps in learning, either my classmates are ahead of me when I start so it’s nearly impossible to catch up, or I’m sitting in class bored because I’d already learned this at my last school.

But definitely the best thing for me has been going to a Boys & Girls Clubs affiliated Youth Center wherever we were stationed. It has helped me meet other kids who have similar interests and experiences, and has been one of the few constants in my life.

When I lived in Singapore, there was no military school so I had to go to a private school. Most of my classmates were extremely wealthy and I honestly just found it hard to adjust to that environment. It felt like we were always competing, and it wore me down. That’s what drew me to the Club, the Club was full of military kids who were just like me. It was a safe space where I could decompress, relax and be myself. I didn’t have to worry about being the best of the best, I just had to worry about being me and finding my passions. It was such a small community, so having all these people around me, we became family.

My Club also gave me a space where I could give back to my community. This was special to me because I never had a direct connection and opportunity for service. I mentored elementary-aged kids, and I worked with teens in planning a book drive to help kids in Thailand. I also helped host events for the community. I was elected vice president of the teen leadership program, Keystone Club, which was one of the most impactful programs for me.

If there is one person that really guided me, it would be Ms. Kelsey who was my advisor and mentor. She took the time to really get to know and work with the teens. She knew when I was stressed and how I reacted in different situations. She was always our cheerleader and biggest advocate. She pushed me to be my better self. It was great to have her on my team and even though I don’t live in Singapore now, we are still in touch.

If there was one thing I wish people knew about military kids it would be that even if we are only in a place for a short amount of time, we care just as much as anyone else. We want to get involved, we want to be friends, we want to succeed and thrive. It’s important to embrace military kids and give us the opportunity to open up and show you our best selves – we have so much to share!