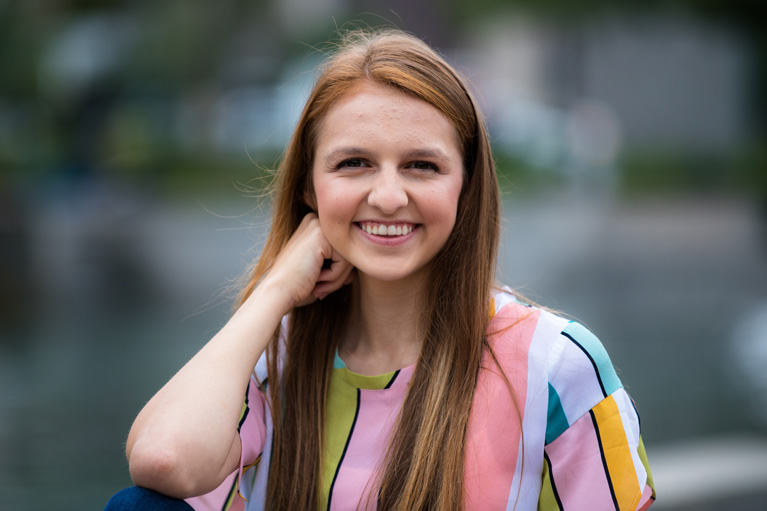 After wildfires razed her community, Hannah found a way to keep serving youth with special needs

One Special Night, One Special Teen
Posted 03/08/2019 by Boys & Girls Clubs of America in Youth Voice

When Hannah moved with her family to Tennessee at the age of 6, she started attending the Boys & Girls Club of the Smoky Mountains. Immediately, the Club made her feel welcome in a new school and town. What Hannah didn’t know was how important the Club would one day become for her and her family.

Shortly after Hannah joined the Club, her younger sister was diagnosed as having special needs. Entering a world with endless questions and uncertainties, the Club provided Hannah with much needed support. From the education director who helped her with homework, to the director who helped her discover a love for singing and dancing, the Club was reliably there for her.

Over time, the Club helped Hannah develop into a leader. Inspired by her sister, she created the service project “One Special Night,” a prom for youth with special needs. In 2016 with plans for the second prom underway, violent wildfires devastated eastern Tennessee. Over 2,400 properties were destroyed, including Hannah’s home. The 150 dresses and decorations she’d collected for “One Special Night” were also lost.

But Hannah refused to cancel the prom. After sharing her story with a local news station, people around the country were moved to donate over 500 dresses, allowing the prom to go on. The prom is now in its fifth year and Hannah is leading a group of Club teens in planning this year’s superhero-themed prom.

“I am proud of ‘One Special Night,’ because I think this community of kids should have opportunities to feel normal and important,” says Hannah. “My sister faces a lot of judgement. At the prom, she and other kids in our county can have a night where they just dance and have fun.”