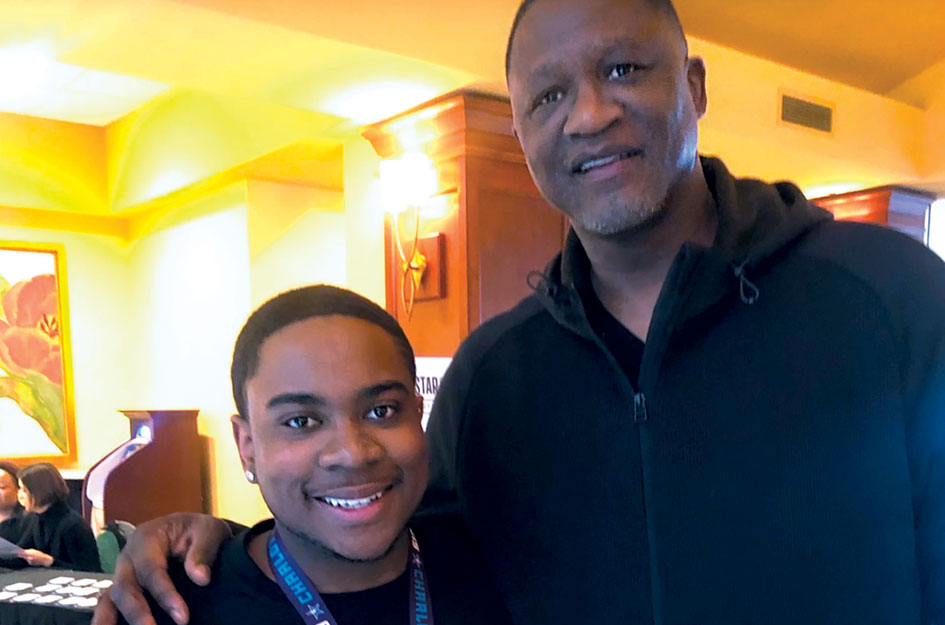 The Youth of the Year Program has allowed me to experience a plethora of unbelievable experiences. The most recent being that I was able to experience the NBA’s All-Star Weekend in Charlotte, North Carolina.

As an avid fan of professional basketball, attending All-Star Weekend has always been a dream of mine. I had always wanted to experience the atmosphere surrounding the weekend and I was able to do that thanks to Boys & Girls Clubs of America. Upon arrival, I knew the weekend would be magical when I saw my favorite player in all of basketball, Allen Iverson, in the lobby of the hotel I was staying in. This really set the tone as to what the weekend would hold.

During the weekend, I was able to meet and see some of my favorite players in person. I attended the teams’ practices, which was amazing. Being able to see all of the superstars of different teams practicing next to each other was an interesting sight. Witnessing the Three-Point Contest and the Slam Dunk Contest had me in a constant state of awe. Finally, the All-Star Game was tremendous. I could literally feel the electricity within the arena. The energy from the players and the fans alike made it special.

Given all of the activities that took place during the weekend, I would have to say that my favorite was participating in media day. Media day is a chance for the press to ask the players any questions that they have before All-Star Weekend begins. I was given the opportunity to be part of the press. I got to ask players, “What did it take to get to where you are today?” (in terms of success). All of the answers that I received all had a common denominator. They were all along the lines of, “Dreams really do come true as long as you put your mind to it,” and “Perseverance and hard work is a must if you want to succeed because everyone goes through adversity.”

I was also given the luxury of talking to players such as Russell Westbrook and Kevin Durant who also attended a Boys & Girls Club when they were younger. It was pretty cool to compare my Club experiences with those of these superstars that are in the NBA, and they were pretty similar. Most of the players that attended a Club thanked Boys & Girls Clubs for playing a big role in getting where they are today. It provided them with experiences that helped shape their lives forever, just as it did to mine.