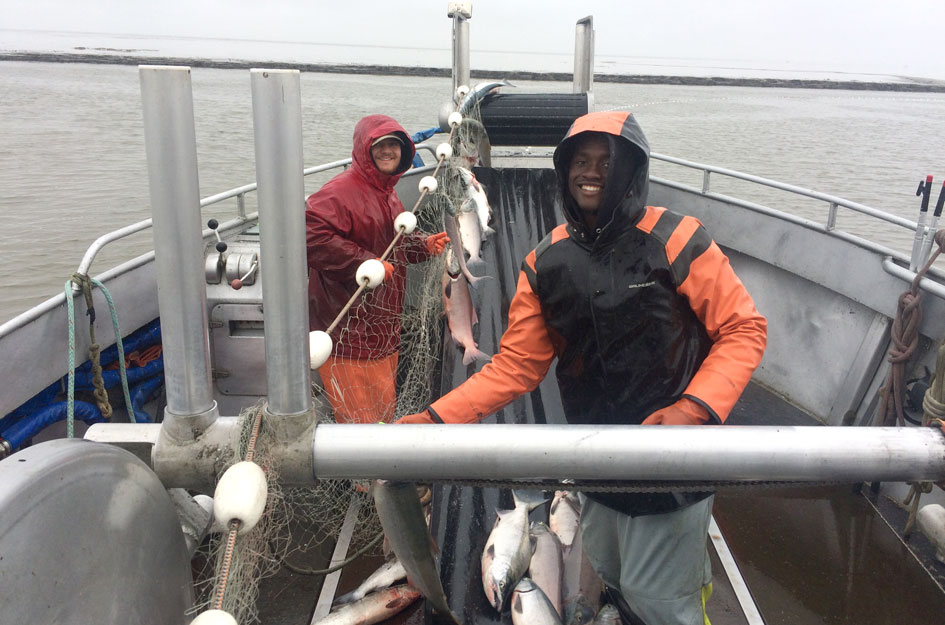 Capt. Buck Gibbons owns and operates a 32-foot fishing boat called the “Stevie K.” He’s been fishing Bristol Bay for about 40 years and often hires college students to his crew for the summer months. “To work on a commercial salmon boat is a big-time opportunity to put thousands of dollars in your pocket for tuition,” said Gibbons.

In 2016, Gibbons decided he wanted to hire a teen with financial needs to his crew. Determined to find a college-bound high school senior, he contacted school officials in the Seattle/Tacoma area but had no success. Then he read a newspaper profile about Seattle Seahawks football player Thomas Rawls and his hardscrabble story of growing up in Flint, Michigan, one of the poorest cities in America. That gave Gibbons an idea. 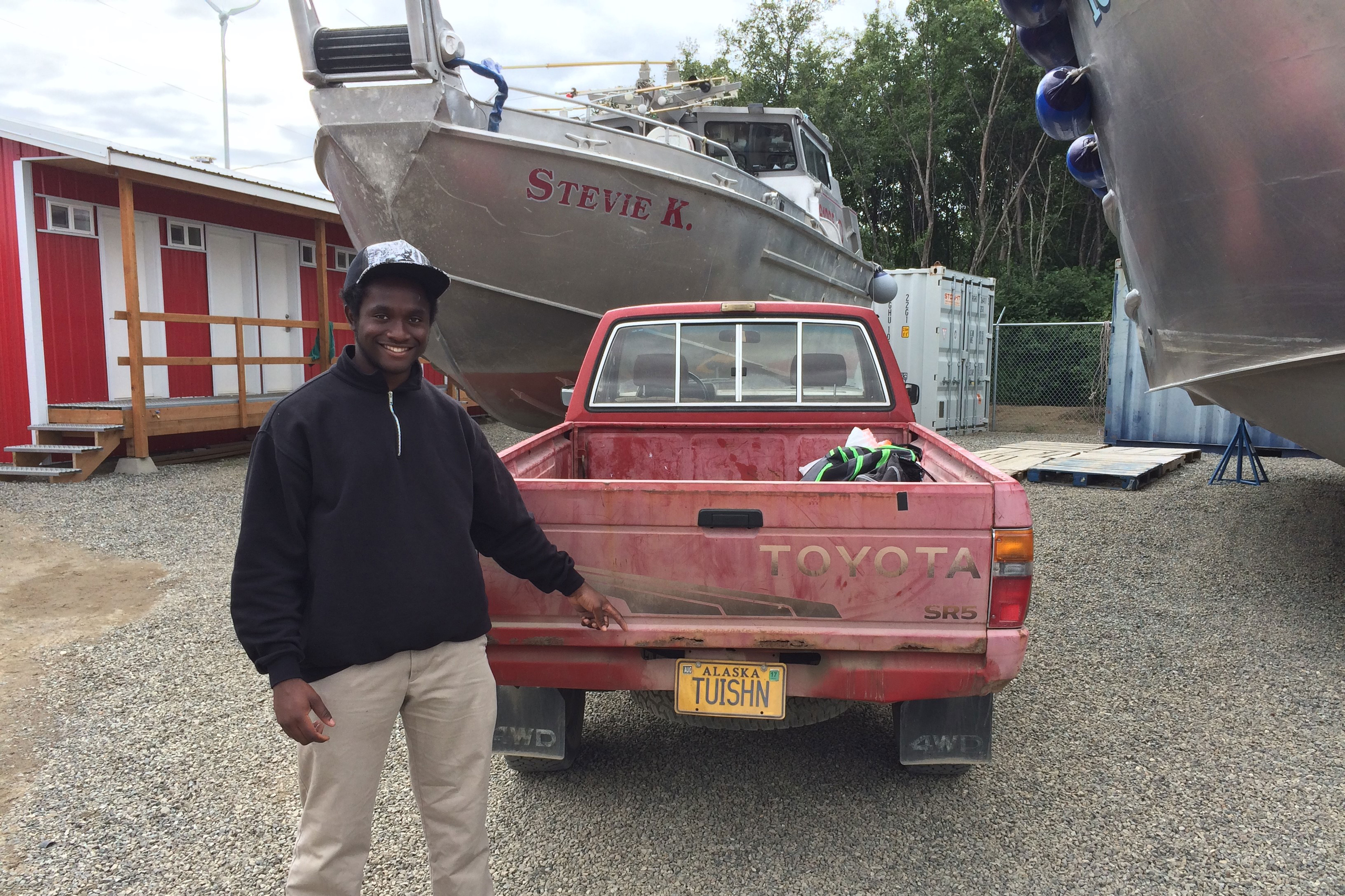 In the spring of 2017, Gibbons reached out to Stacy Winchester, a program coordinator for the Boys & Girls Club of Greater Flint, to see if he could help him find suitable candidates to go to sea. His only conditions: they had to attend a four-year college and they had to fish with him the four summers they were in school.

After verifying it was a legitimate opportunity, Winchester, CEO Tauzzari Robinson and Director of Programs & Operations Amber Miller began to identify Club teens who could be a good fit.

“It was no easy task,” Miller recalled. “This member had to be multi-faceted, with a plan for the future, the desire to do something new and challenging, and the personality to mesh well in this environment.”

Ultimately, the consensus choice was Jawanza Brown, a six-year Club member and high school senior whose accomplishments included being named the Flint Club’s Youth of the Year and serving as secretary of the teen leadership group, Keystone Club.

“Buck came to Flint … and laid everything out,” recalled Robinson. “He walked Jawanza and his family through the entire process, and everything it takes to succeed catching fish.” And it takes a lot, particularly the ability to work extremely hard, day and night, on very little sleep.

Knowing the challenges ahead, Jawanza spent weeks preparing, often with assistance from Club staff. He altered his sleep schedule, practiced tying knots, and got his body into great shape. Two days after graduating from high school, he was on a plane to Alaska.


Every Day is Different

Salmon fishing is exhausting. On a typical day, the crew finishes unloading the day’s catch around 10 or 11 p.m., about an hour before night falls in summertime Alaska. Then, they re-set and wash the deck, clean all tools and put them all back in their proper place. Now, it’s about midnight. Time to cook and eat dinner and clean up the galley. Then, it’s off to bed for three or four hours of sleep. Around 5 a.m., the crew gets up, puts out the net and does it all again.

Asked why he chose such a grueling summer job instead of just enjoying summer vacation before heading to college, Jawanza said, “Because I knew it would definitely pay a lot of my tuition and relieve a lot of financial stress on my family.” He paused, then added, “And because it’s fishing in Alaska! I mean, who else can say they did that?”

For Gibbons, the experience was no less rewarding. “On a fishing boat, every day is different,” he says. “The fishing is good or it’s bad. The weather is either good or its bad. You’ve got to adjust emotionally to all of that, every day. Jawanza never once gave me a scintilla of negative energy. The kid is nothing like I’ve ever seen before.”

Now a student at the University of Michigan at Flint, Jawanza worked his second tour on board the Stevie K. last summer. When asked how Jawanza is doing, Gibbons responded, “He’s doing a wonderful job. There’s not a lick of snivel in this kid and I’m proud to have him onboard."