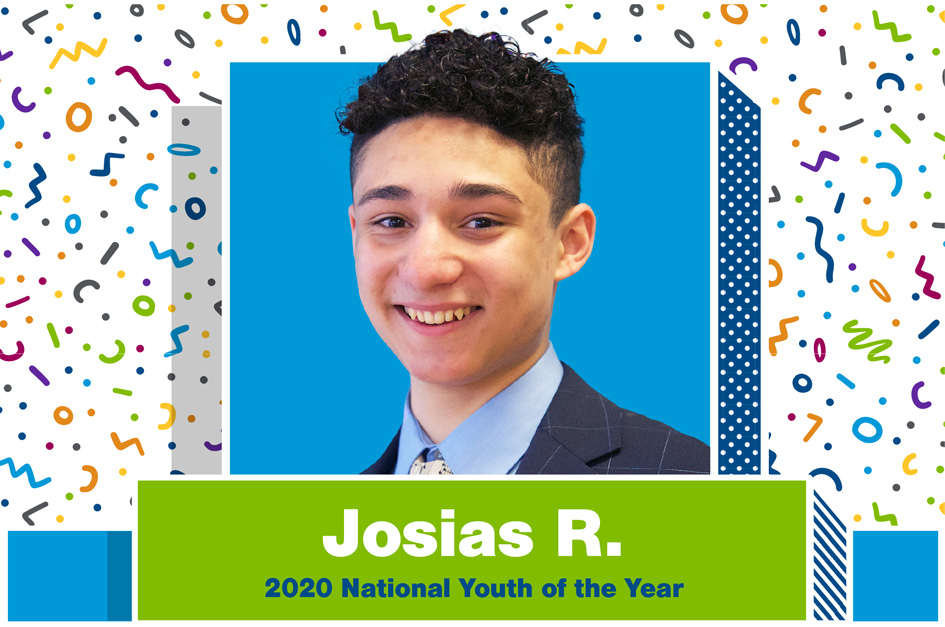 BRISTOL, CT. - OCT. 6, 2020 – This evening, Boys & Girls Clubs of America named Josias Reynoso as its 2020 National Youth of the Year during its star-studded virtual Youth of the Year ceremony. He accepted the honor before an audience of more than 400 that included virtual appearances from Secretary Condoleezza Rice, House Majority Leader Steny Hoyer, Misty Copeland, Ruben Studdard, Damaris Lewis, Lance Bass and Nischelle Turner, who emceed the event. The ceremony also featured a special performance by Kane Brown and Club kids from across the country. The award comes with a $50,000 academic scholarship.

Toyota is the signature sponsor of the Youth of the Year program. Additional supporters include Diamond sponsors The Papa John’s Foundation for Building Community, Dollar Tree and Family Dollar. In addition to the scholarship, Josias will get to hand-pick a brand-new Toyota Corolla. Toyota is dedicated to empowering young people to reach their full potential and providing youth with access to the tools they need to build great futures and become the leaders of tomorrow.

Josias was introduced to the Boys & Girls Club in Bristol when a friend asked him to volunteer as a STEM mentor. Initially, he was hesitant because communication is a challenge for him. Growing up, he was often bullied for “being different.” When he was 11, he was diagnosed on the autism spectrum, and with encouragement from Club staff, he quickly gained self-confidence.

Josias helped run STEM activities at his Club such as robotics and coding. He sees teaching as a platform for children to grow and feel accepted, not only in STEM but as empowered individuals. Also at the Club, Josias took on leadership roles serving as treasurer of Boys & Girls Clubs of America’s teen leadership program, Keystone. Josias also credits his Bristol Club for meeting some of his closest friends.

“This year has been quite challenging for our youth but it has also been uplifting and encouraging to see Josias navigate this journey to become Boys & Girls Clubs of America’s National Youth of the Year,” said Jim Clark, president and CEO of Boys & Girls Clubs of America. “Josias has an amazing story and with his passion, I know he will empower kids and teens across the nation to go after their dream and create a plan for their future.”

For more information about the Youth of the Year program, visit www.youthoftheyear.org.

About Boys & Girls Clubs of America
For 160 years, Boys & Girls Clubs of America (BGCA.org) has enabled young people most in need to achieve great futures as productive, caring, responsible citizens. Today, more than 4,700 Clubs serve over 4.6 million young people through Club membership and community outreach. Clubs are located in cities, towns, public housing and on Native lands throughout the country, and serve military families in BGCA-affiliated Youth Centers on U.S. military installations worldwide. They provide a safe place, caring adult mentors, fun and friendship, and high-impact youth development programs on a daily basis during critical non-school hours. Club programs promote academic success, good character and citizenship, and healthy lifestyles. In a Harris Survey of alumni, 54 percent said the Club saved their lives. National headquarters are located in Atlanta. Learn more about Boys & Girls Clubs of America on Facebook and Twitter.