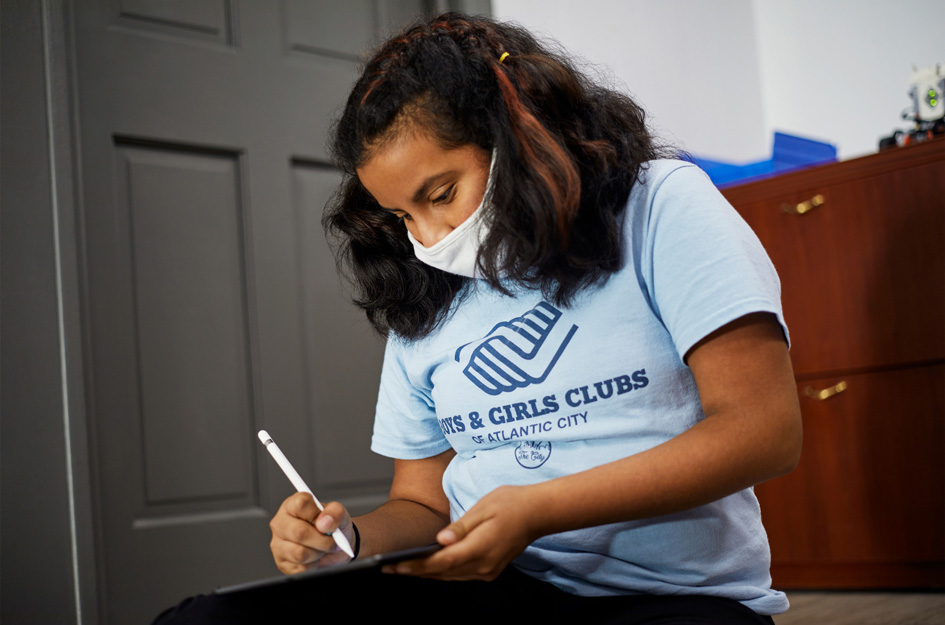 Bringing coding with Swift to tens of thousands of students across the country. 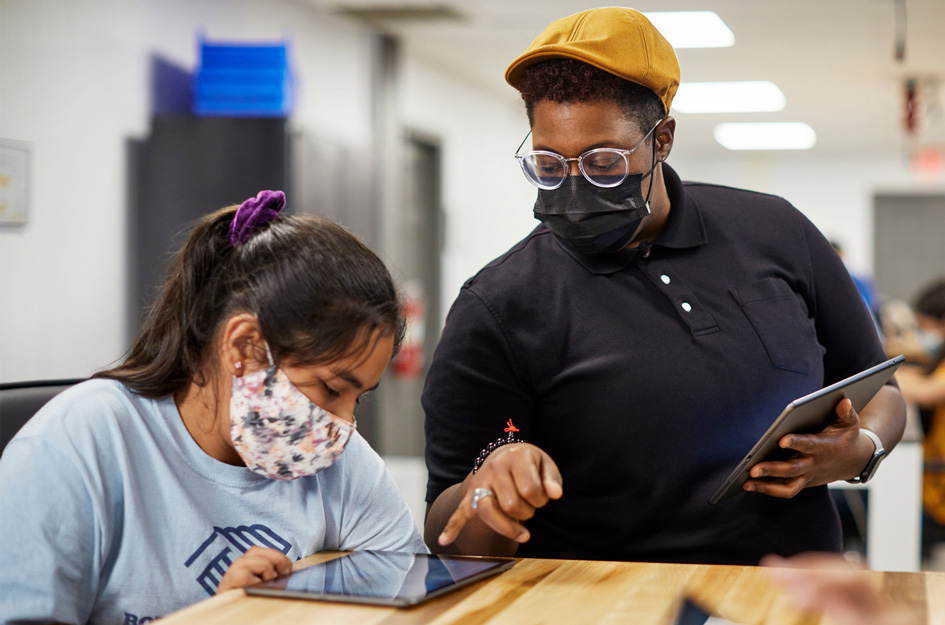 Using iPad and Apple’s free Everyone Can Code curriculum — and with ongoing professional support from Apple educators — local Boys & Girls Clubs will integrate coding into their programming, giving kids and teens s the opportunity to create and collaborate on the basics of app development, with an emphasis on critical thinking and creative problem solving.

“At Apple, we believe education is a force for equity, and that all learners should have the opportunity to explore and develop coding skills for their future,” said Lisa Jackson, Apple’s vice president of Environment, Policy, and Social Initiatives. “Together with the Boys & Girls Clubs of America, we’ve already introduced thousands of students to innovative technology experiences, and we are thrilled to expand our partnership to bring coding with Swift to even more communities across the country.”

“Boys & Girls Clubs of America is committed to helping youth reach their full potential, which includes equipping young people with critical-thinking and problem-solving skills that will serve them for years to come,” said Jim Clark, Boys & Girls Clubs of America’s president and CEO. “We are thrilled to partner with Apple to enhance Club programming with innovative and educational coding activities that will build kids’ and teens’ engagement and opportunity in technology.” 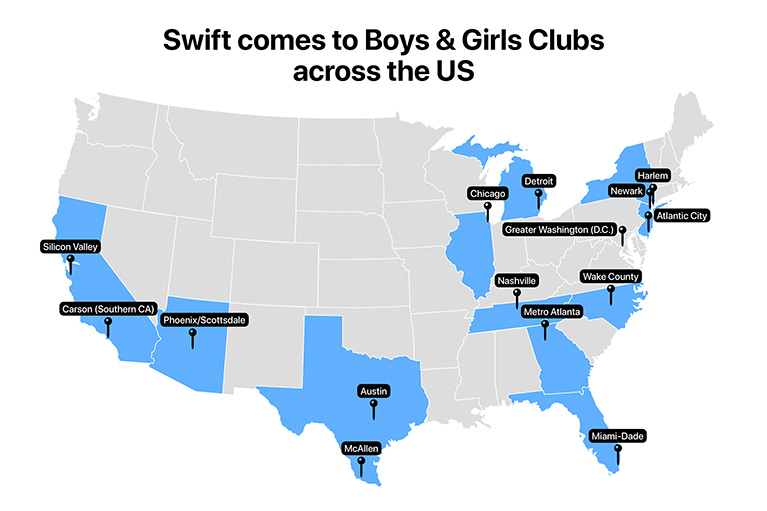 In New Jersey, Boys & Girls Club of Atlantic City opened a Design Lab and a STEAM Lab last year to support creativity, coding, and career development programming — and the Club is opening a second STEAM Lab in January to create additional opportunities for young learners. The labs are equipped with iPad and Mac computers, and curricula incorporate Everyone Can Code, Everyone Can Create and Develop in Swift. To prepare its students for future academic and professional pursuits, the Club is also launching a new STEAM pre-apprenticeship program that will teach students the foundations of working on iPad and Mac, eventually giving them the tools to seek a formal App Development with Swift certification.

“Working with Apple this past year has been transformative for our students, who have had the opportunity to explore entirely new ways of thinking, creating, and pursuing their passions,” said Stephanie Koch, Boys & Girls Club of Atlantic City’s CEO. “The young people we work with are the future of Atlantic City, and we’re proud to partner with Apple to help them gain new skills to grow as learners and prepare for jobs in the 21st-century economy.”

In Detroit, Apple helped support Boys & Girls Clubs of Southeastern Michigan’s summer Code to Career coding course and app challenge. The program brought together young adults ages 18 to 24 to learn the foundations of human interface design and the Swift coding language, using Apple’s Everyone Can Code curriculum. Students worked in small groups to create app prototypes designed to solve a challenge within the community — including fashion sustainability, using hip-hop to build a sense of community, and improving city mobility. The Club is now expanding this work further, bringing new devices and coding programming to its 11 locations across Greater Detroit. 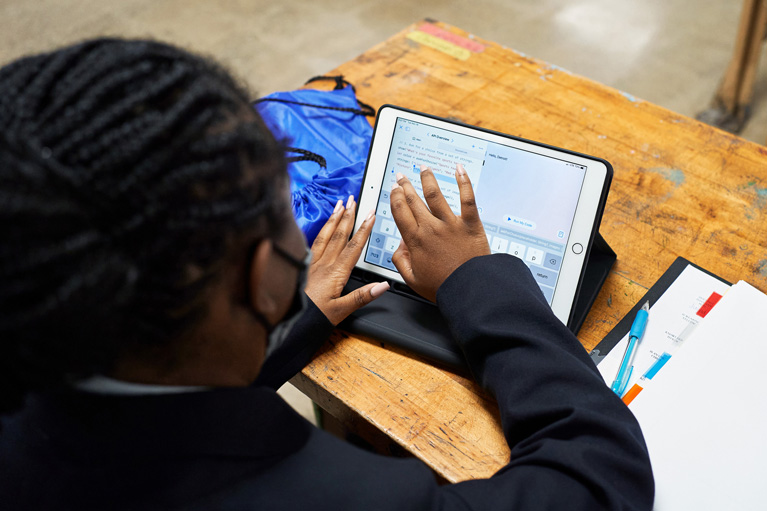