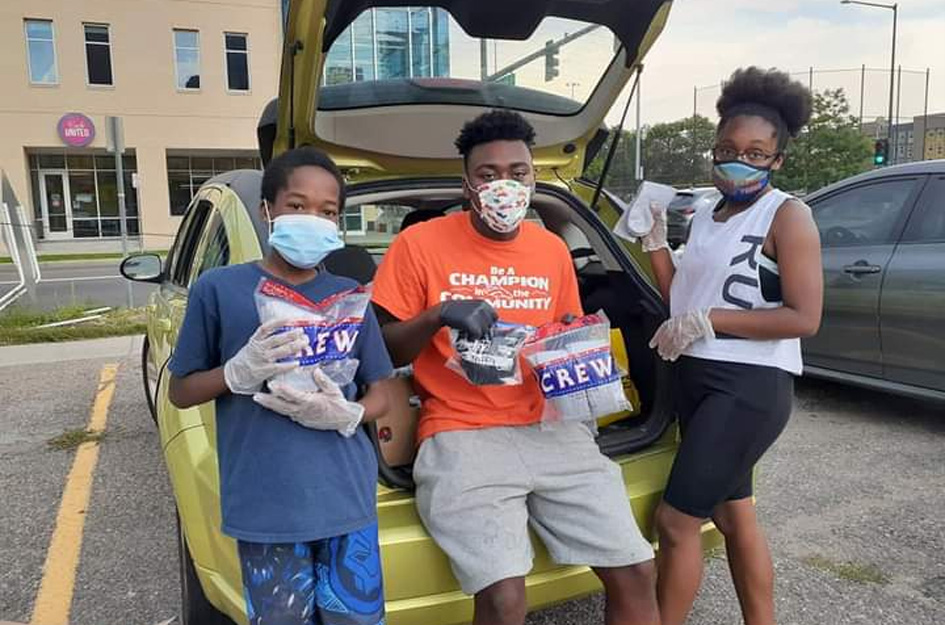 Jayden T., an alumnus of Boys & Girls Clubs of Metro Denver, was recognized by Denver Mayor Michael Hancock for his efforts to distribute shoes to the homeless

Standing on the sidewalk in frigid Denver temperatures, Boys & Girls Clubs of Metro Denver alumnus Jayden T. understands the power of empathetic listening. Jayden can spend 30 minutes speaking with homeless individuals and ensuring they have sturdy shoes and warm coats. Even more so, he seeks to understand their stories.

“I love listening to other people’s stories. You get to see where they are coming from and relate to their experiences,” Jayden said. “If you get to know people who are homeless, they will tell you how they are trying to make their situation better.”

Jayden attended the Boys & Girls Club from age 8 through high school. He received a diploma in May 2020 despite the cancellation of his graduation ceremony due to the pandemic. When spring of his senior year was disrupted, Jayden decided to turn attention to those hurting in his community.

His efforts to organize the donation of hundreds of shoes and other essentials to homeless encampments was recognized by Denver Mayor Michael Hancock who named Jayden to the 2020 class of Denver’s MBK25 Emerging Leaders. The recognition is part of the city’s My Brother’s Keeper initiative, launched by former President Barack Obama to address persistent opportunity gaps faced by youth of color.

“This year, it's been especially notable that many young men across our city have stepped up and become emerging leaders while facing issues that no previous generation has ever seen – by helping other youth and family members, taking action to support their communities and doing what it takes to make a difference for the world around them,” Mayor Hancock wrote in a letter to Jayden.

Jayden and two friends have handed out shoes from their own closets and donated by family and friends. They distributed personal protective equipment to keep individuals safe and healthy who may not have had access. Jayden also wrote letters to state and city leaders encouraging them to identify solutions for homelessness such as turning vacant buildings into shelters.

Leadership and good citizenship were traits that Jayden sharpened in Keystone Club, a teen leadership program at the Boys & Girls Club. His Club mentors, Ms. Conley and Ms. Ford, reinforced that he had the power to make change in his community.

“My mentors reminded me that the younger kids at the Club were watching me and noticing the good things I do as a leader,” said Jayden, who hopes to be a role model for his younger brother and cousins.

Boys & Girls Clubs of America encourages everyone to give back on Dr. Martin Luther King Jr. Day of Service and throughout the year. To learn how you can support a Club in your community, find a Club and contact them today.