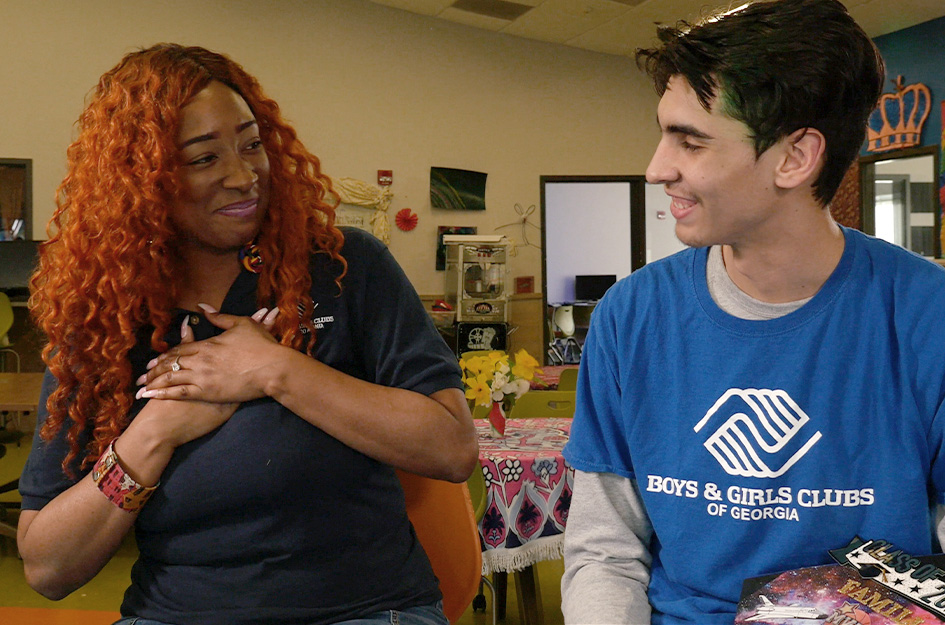 If I’m not here, who will be there for these kids?

His family and friends said he wouldn't amount to anything.

He was bullied at school because he spoke with an accent.

He was doing things he shouldn't be doing to escape his traumatic home life.

This is what Brian was experiencing when he first arrived at the A. Worley Brown Boys & Girls Club. He didn't have a positive role model in his life and thought success was out of reach.

Charlese Malcolm, better known as Ms. CeCe, was on the other side of that door. She immediately saw Brian's potential and took him under her wing.

"Ms. CeCe gave me opportunities I could never have imagined," Brian recalls. "As my mentor, she introduced me to robotics and architecture, engaged me in programs to learn how to be a leader in my community, helped me secure my first internship and get scholarships to go to college. Miss CeCe and my Boys & Girls Club family wanted me to be successful, believed I would be and helped me make it a reality. She and the Club changed my life."

In 2020, during the middle of a pandemic with schools closed and commencement ceremonies canceled from coast to coast, Brian graduated from high school and started college to pursue an aerospace engineering career.


The True Power of Mentorship

If I’m not here, who will be there for these kids?

This is a question Ms. CeCe asks herself daily. As someone who grew up needing a mentor herself, this same question motivates Ms. CeCe to do whatever it takes to help kids stay on the right path and find their greatness:

“Kids at Boys & Girls Clubs are here with us longer than they're with their teachers or parents. We help them through every stage and aspect of life, through elementary school, middle school and high school. We support them through new and first-time experiences as well as everyday tasks like homework.

But mentorship is deeper than that. We give kids a second family — a second home. They enjoy the opportunities, the programs and the field trips, but they come back because someone is always here for them, protecting them and looking out for their best interests. Every day, we remind them never to let the world bring them down, to keep pushing and to believe in themselves — until they eventually see everything we've seen in them all along.

That is what it means to be a mentor.”

Give More Kids a Life-Changing Mentor

Someone to look up to. Someone to believe in them. Someone to help create a plan to achieve their dreams. Mentors help kids exceed beyond the circumstances that surround them, preventing early drug use, encouraging teens to pursue higher education and promoting positive mental health. But today, 1 in 3 children lack a mentor to help guide them.

Your donation to Boys & Girls Clubs of America can give more kids like Brian a mentor and positive role model to succeed in school and life. A $50 gift can provide a young person with an hour of mentorship every day for an entire school week — sometimes the only positive interaction they'll receive from an adult all day.