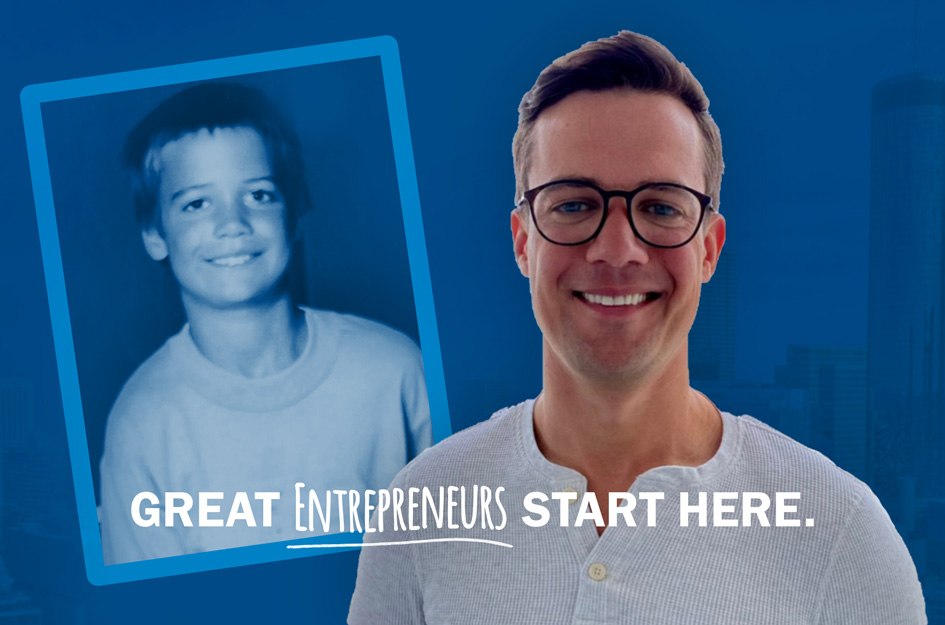 Today as a business owner, I still build on what I learned at the Boys & Girls Club.

From Baseball Cards to Board Rooms: An Entrepreneur’s Journey That Started at the Boys & Girls Club
Posted 07/01/2021 by Matt Pfaltzgraf, CEO, Softgiving and Club alumnus in Alumni

It all started with a box of baseball cards.

I’ve been fortunate to do some amazing things in my life. I’ve run for state office, helped shape federal policy, visited all 50 states, and started my own company — all by age 30. But I got my start as an entrepreneur at the Boys & Girls Club in Iowa, where I spent much of my time growing up. 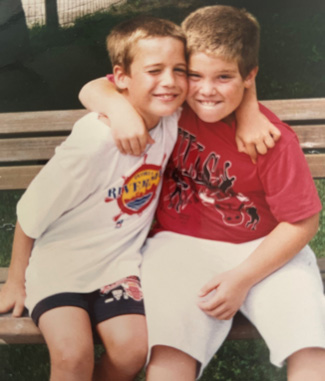 It was at the Club where my older brother and I found consistency during our difficult childhood. While trading baseball cards with other kids and Club staff, I didn’t know it at the time, but I was learning basic business fundamentals — skills that have served me well ever since. Successful baseball card trading required me to manage my baseball card inventory, build and maintain relationships with other card traders, and engage them in transactions. If I made a bad trade, it cost me a drink or snack out of the vending machine. If I made a great one, I felt amazing. That’s business. 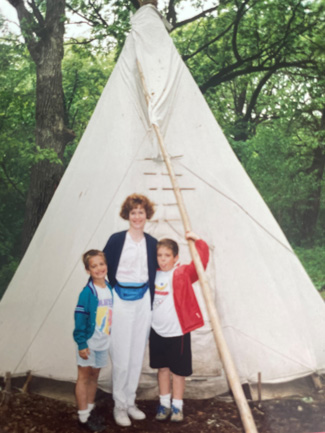 My family moved to Iowa without knowing anyone when I was in first grade, and my parents divorced shortly thereafter. We were forced to move three times in four years, uprooting our lives and starting over time and time again. My mom became the sole caretaker for my brother and me while working full-time and going back to school to earn her associate degree. Even rockstar single moms need help. That’s where the Club stepped in.

The Club quickly became more than a place where my mom knew we would be safe while she worked tirelessly trying to build a better life for us. The Club became our family. For the first time ever, my brother and I were surrounded by kids with similar backgrounds and circumstances. We were all different, but we were the same kind of different, and that was ok.

Prior to attending the Club, my brother and I did not have a father figure in our lives. My dad started his career as a brilliant food scientist and international salesman, traveling the world selling food products he created in labs. He struggled for decades with his mental health and constant bouts with bipolar disorder and depression, leading him to lose jobs and move around the country to find work. He eventually became addicted to methamphetamine and took his own life when I was 22.

The Club provided my brother and me with positive male role models who took an authentic interest in our lives and invested time and energy to help us develop life skills. While we sometimes got into trouble, Club staff provided accountability and offered guidance so we could learn quickly from our mistakes. They opened us up to creative outlets like art classes, video games and sports, which helped shape who I would become.


Not Afraid to Fail

My time at the Club helped prepare me for what lay ahead. As a Club kid I learned to take risks, and that if you are not doing something you can fail at, you are probably not challenging yourself enough.

Growing up, I was placed in classes for kids who struggled academically and barely graduated. Despite my academic shortcomings, I wanted to make something of my life. So, I did what I did at the Club and got creative — I applied for a collegiate gubernatorial internship while still in high school and got the job.

I took that lesson to college as I tried out for the mock trial team. I did not make the team, but I showed up to practice sessions anyway. I eventually became captain and led the team to win a tournament that year. I took a risk when I got involved in student government and exposed a predatory lending scandal on my college campus. That led to being asked to testify at the Iowa State Capitol, and Iowa became the first state to ban such marketing. Two years later, it became a federal law. After that, I took a risk and ran for state representative. At age 22, I won the primary and ended up getting the most votes in state history for a candidate who lost the general election! Next, I set a personal goal to visit all 50 states by age 30, which I completed with three hours to spare before my birthday.

Like most Club kids, one of the biggest risks was doing all this with no “safety net.” To put myself through college, I worked as a hospital janitor, sold t-shirts on eBay, and lived with multiple roommates to make ends meet. I took another risk when I dropped out of college to pursue a career, knowing academics just was not for me. 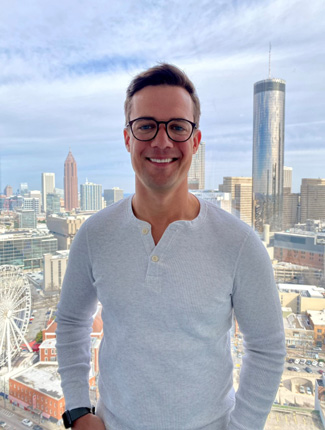 Today as a business owner, I still build on what I learned at the Boys & Girls Club. I take calculated risks every day. At the Club, we played games, and lost, all the time. But we got back up and kept trying. As an entrepreneur, I’ve had hundreds of different ideas, but I only needed a few of them to work. If I could just keep doing the one that worked repeatedly, I knew I would be successful. I had to be OK with failing if I wanted to accomplish anything meaningful.

Prior to starting my company Softgiving, I had a successful young career in the financial technology industry but didn’t feel fulfilled. I was also on several nonprofit boards and saw the lack of successful innovation in reaching the next generation of donors. I thought there was an opportunity to build tools that would enable nonprofits to reach beyond direct mail, email, digital ads and galas to inspire and engage more supporters.

Remember what I said about taking risks? I left my career without knowing anything about starting a business, let alone running a successful one. My time at the Club taught me that you don’t need to see the entire path before taking the first step. I had enough savings to last me six months before I would be out of money and have to find a new job. After months of pitching my idea to potential investors, I found one person in the entire country who expressed an interest in my idea. They lived in Georgia, so I took a leap of faith, packed up my car and drove across the country to live in Atlanta with a stranger who had a cheap spare bedroom to show my commitment to the idea. After nearly six months of working, the investor agreed to make an investment, and I was able to start Softgiving.

It’s been a long and winding road where we were on the brink of going out of business at least a dozen times in the early days. But because of a diverse and innovative team, we’ve maintained our relentless optimism and now found success working with some of the largest brands in the world.

While the tough times I went through during my days at the Club were not of my choosing, I learned that tough times will pass, but the grit, determination, persistence and optimism I learned at the Club will stay with me for the rest of my life. 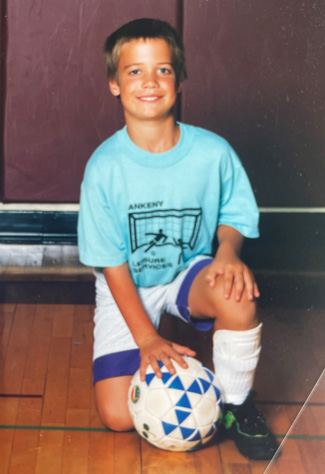 Anytime I connect with someone who has been a Club kid, I know they can relate to what it means to go through struggles. Whatever they’ve achieved, they had to earn. Club kids don’t start life on third base with an easy path to success. They’ve often gone through circumstances like mine and have learned grit and persistence. The Club taught me to remember where I came from, and to stay grounded, regardless of the world around me.

Today, the Boys & Girls Club gives me a network from which to pull dedicated, hard-working talent when I’m looking to hire for a new opportunity. I always try to hire the best person for a position, but all things being equal, if I can hire a former Club kid, they’re going to be a great pick.

The path to success is rarely linear; it’s often filled with twists and turns, stops and starts and roadblocks along the way. That’s especially true for young people facing challenging life circumstances, like food insecurity, school disruptions and trauma from their home life or community.

But research shows that when we introduce young children to the world of work, they’re more likely to dream big and connect what they’re learning to future career opportunities. Starting as early as age 6, Boys & Girls Clubs help kids find their path and develop skills for success.

Your donation to Boys & Girls Clubs of America will help more kids like Matt explore their passions and interests, develop employability skills and apply knowledge in real-world settings so they can become anything they can dream. Help make more great futures possible.

Did you know that 1 in 16 people living in America has been a member of a Boys & Girls Club like Matt? If you’ve ever been a Club kid, join our free alumni community to connect to ongoing opportunities, events and each other. Learn more and become part of the Club after the Club.