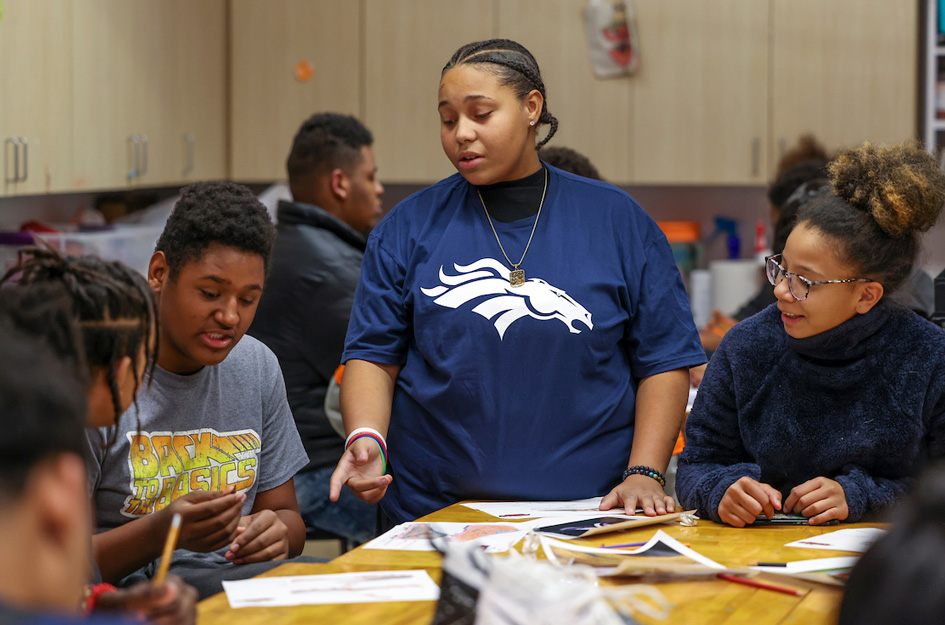 Check out the Boys & Girls Club-inspired cleats (and the players and artists behind them) that are taking part in the NFL’s My Cause My Cleats campaign.

Mac Jones, Sauce Gardner, Condoleezza Rice Lace Up for Clubs with NFL My Cause My Cleats
Posted 12/08/2022 by Boys & Girls Clubs of America in Club Stories,Partner News

In the NFL’s My Cause My Cleats campaign, professional football players have the opportunity to choose a cause that’s important to them and create custom cleats to benefit these organizations. Through the campaign, NFL players reveal their passions beyond the field and wear their heart on their feet. After wearing the cleats on Week 13 of the NFL games, all players have the option to donate their cleats to the NFL Auction where you can make their custom cleats yours. All proceeds from sales go to the respective causes selected by players.

Boys & Girls Clubs of America was honored to see our organization getting in the game thanks to the following supporters. Check out these Boys & Girls Club-inspired cleats and the players and artists behind them: 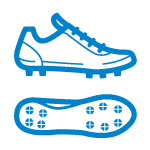 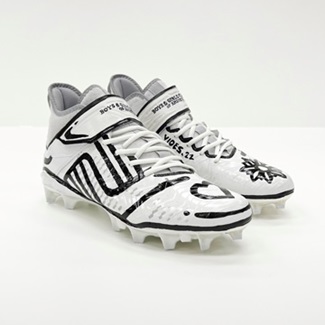 Mac Jones paired up with visual artist Joshua Vides, known for his clean lines and black-and-white style, to create a custom pair of Boys & Girls Club cleats that capture the joys of childhood. “Vides is very famous for his work, so he’s doing his traditional look,” Jones explains in an interview with People. “But I obviously want to make it about the Boys & Girls Club and the kids.”

As a New England Patriot, Jones dedicated his cleats to Boys & Girls Club of Boston, including seeking the Boston Club kids’ ideas and suggestions for artistic inspiration. "The coolest part was the kids and asking them what the Boys & Girls Club means to them," he said. "Some people brought up a sunflower or a heart. That's what comes to mind for them.” You can see the kids’ input incorporated into the final design, as well as the famous Boys & Girls Club clasped hands logo.

Getting Saucy: Sauce Gardner Teams Up with Buffalo Wild Wings 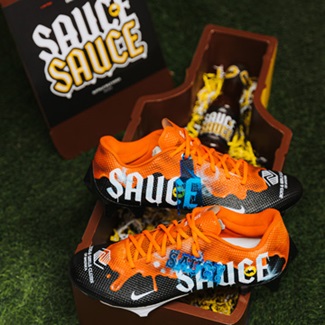 New York Jets cornerback Ahmad “Sauce” Gardner teamed up with Buffalo Wild Wings and renowned sneaker customizer Mache for his set of cleats. The design incorporated actual “Sauce” that was mixed in with the paint, which has never been done before.

“No one else but Mache and Buffalo Wild Wings could pull off the first-ever cleat designed with sauce,” Gardner said, according to an interview with Complex. Gardner is thrilled to be supporting Boys & Girls Clubs of America with this flaming hot pair of cleats. 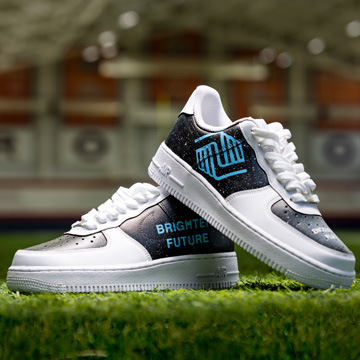 Football player are not the only ones lacing up for the big game. Teaming up with the Denver Broncos, former Secretary of State Dr. Condoleezza Rice is benefiting Boys & Girls Clubs of America with her one-of-a-kind sneaker design. Dr. Rice is a longtime supporter of Boys & Girls Clubs of America’s mission of supporting youth in reaching their full potential, serving as the vice chair of the national organization’s board of governors. She also knew exactly what designer to call – Eunique Lee, a 17-year-old artist and long-time Broncos Club kid to design her sneakers.

Eunique first began customizing shoes her freshman year of high school and has since designed cleats and sneakers for Broncos Safety Justin Simmons, Broncos General Manager George Paton and Broncos Owner Carrier Walton Penner. In fall 2022, she was joined by five Broncos players as she led a “My Cause My Cleats Sneaker Design Session” at her local Boys & Girls Club, inspiring the next generation of artists and designers (and football fans!). Eunique spoke about her own journey to sneaker design, helped provide technique tips and tricks to students, and showed students the sneakers she designed for Broncos executives and owners this season.

Thank you to Boys & Girls Clubs of America’s national partners at Gillette, Buffalo Wild Wings and the NFL for creating opportunities to champion and support millions of Boys & Girls Club youth across the nation.