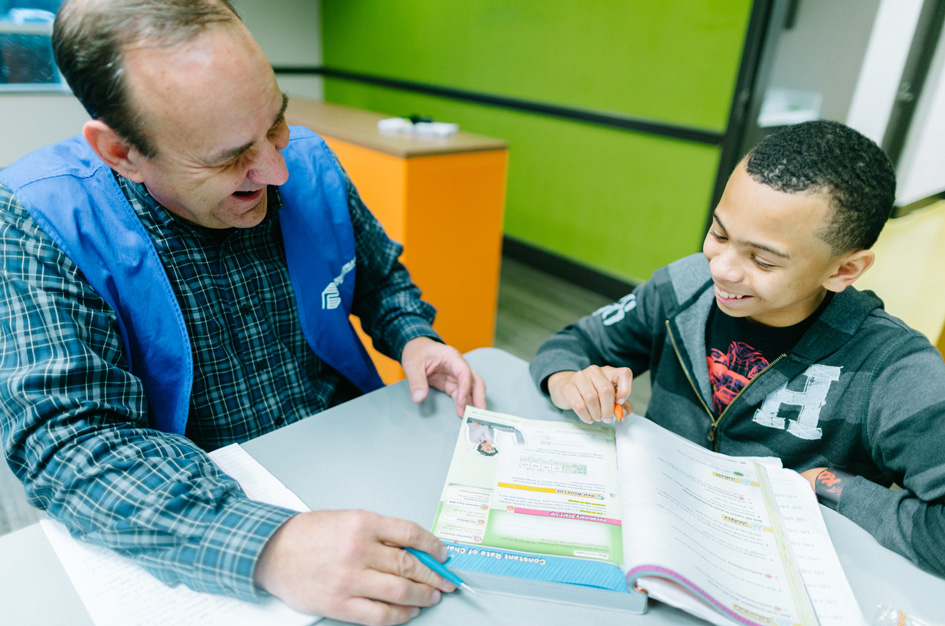 Youth thrive with support from a caring mentor who notices them – and their potential. Discover youth mentoring in action at Boys & Girls Clubs across the country!

What It Takes to Be a Good Mentor: Six Stories of Youth Mentoring at its Best
Posted 12/15/2022 by Emme Raus, Boys & Girls Clubs of America in Club Stories

At Boys & Girls Clubs, we know firsthand the difference a trusted mentor can make in helping kids and teens realize their full potential.

A good mentor takes the time to get to know and accept a young person for who they are, what they’re going through and all they’re capable of achieving. These “aha! moments” in a young person’s journey of self-discovery can be anything — creating a plan for life after high school, making informed decisions around drug and alcohol use, prioritizing mental health — and equally rewarding for mentors and mentees.

Read on to discover youth mentoring at its best with some incredible stories from local Boys & Girls Clubs.


Mentorship is a Mutually Beneficial Relationship 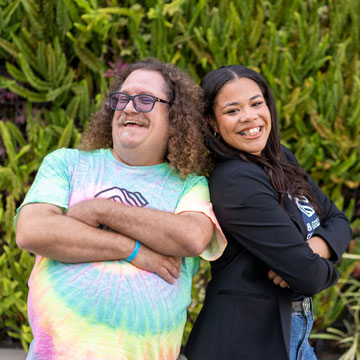 When our 2022 Boys & Girls Clubs of America National Youth of the Year, Asha, was growing up in D.C., she lived in four different homes and attended five different schools within the D.C. public school system. “The only two places that were consistent while living here was my church, and it was the Boys & Girls Club. And coming back here feels like home,” she says.

Asha attended the Boys & Girls Clubs of Greater Washington – Jelleff Community Center. This is where she met one of her mentors, Shawn Osborn. Having mentors like Shawn helped offer Asha encouragement and supported her growth into a leadership role within her organization and her community.

“We are living in a crazy era,” says Asha. “It's important for young people to have adults who are there with them to celebrate their victories and to work with them through their values. Because life is never a flat street. I think it's important that our young people who are growing up, who are going to have to be the changemakers and who are going to have to really take over the world, have those mentors and have that support system, especially here within a space where you never know what’s going on with a kid. And there’s always going to be a support system here at the Boys & Girls Club.”

Asha isn’t the only one who benefited from this mentor relationship. Shawn also speaks about learning a lot from Asha. “A mentor relationship is most ideal when we can learn from each other,” states Shawn. “We’ve learned together as we’ve gone through this process... That’s what working with Boys & Girls Clubs is all about – building relationships.”

Shawn says Asha has had a very positive impact on his life. “It’s been a wonderful opportunity to work with her, mentor her and to learn from her. There has been a fair exchange of growth. She has taught me as much through being able to work with her on the Youth of the Year process.”


Thanks to national partner Kohl’s, Asha was able to surprise teens at her Organization with interview coaching and a professional attire shopping trip to support their own Youth of the Year efforts (as well as a gift card for mentor Shawn!) – giving back to the support system that championed her. 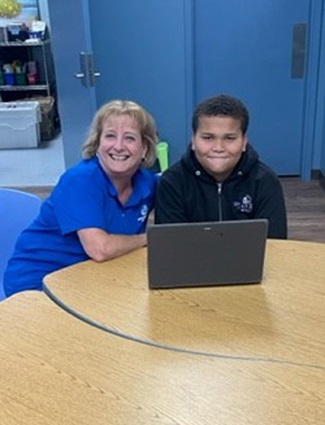 When Marcus’s eighth grade report card showed he was failing four subjects, the Boys & Girls Club of Bluffton immediately stepped in to help. Tricia, the Club’s literacy director, listened to Marcus express his frustration and disinterest in school and how these feelings led to him not completing assignments. She believed in his ability to be successful in class, especially after seeing Marcus’s pride in sharing his “immortal jellyfish” science project with her, and set to work to help him believe in himself, too. Marcus and Tricia began meeting at the Club every day after school to problem-solve on homework. She helped him set realistic goals for raising his grades, encouraging Marcus to focus on turning F’s into C’s and, later, into B’s and A’s. After weeks of one-on-one support, Marcus proudly shared his new report card with Tricia and together they celebrated the three B’s he had worked so hard to achieve. Marcus continues to try his best in school and, with Tricia’s mentorship and encouragement, is on his way to bringing up his last low grade in math by working closely with his teachers and the Club.


Finding Yourself & Connecting with Others 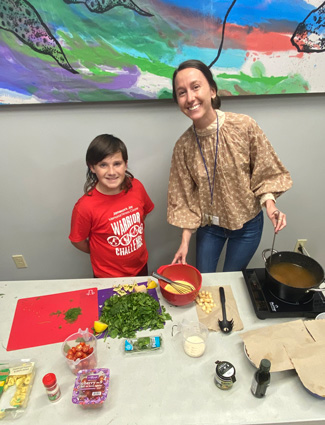 After joining the staff at The Cindy Platt Boys & Girls Club of Transylvania County, AnaBelle was excited to go beyond traditional programming to make a difference in young people's lives. During the fall of 2020, she saw her opportunity in mentoring Braxton, a longtime Club member who showed difficulty in finding his place among his peers. Braxton was known for building emotional walls between himself and others and letting his disdain for attending the Club be known. Undeterred, AnaBelle worked hard to earn Braxton’s trust and boost his self-confidence in connecting with others his age, both inside and outside of Club walls. Years later, AnaBelle and Braxton’s relationship remains strong as they continue to meet up consistently, both looking forward to their time together. Now in seventh grade, Braxton spends less time second-guessing his social interactions and more time enjoying being himself. 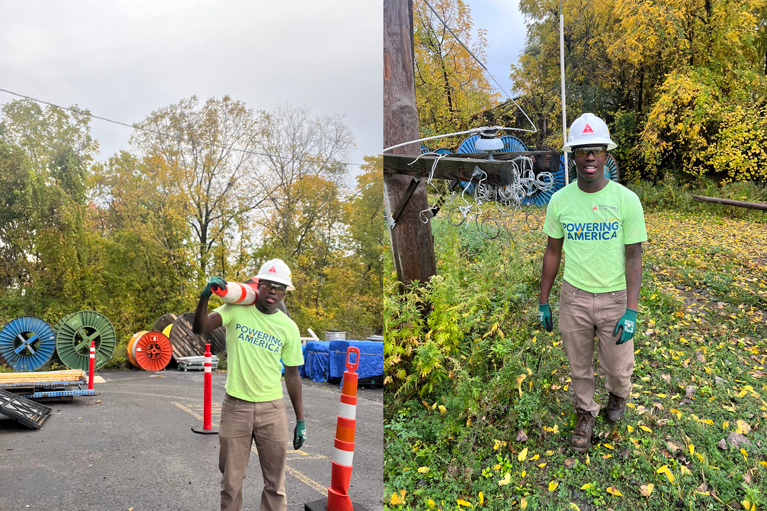 Like many young adults, William from Boys & Girls Clubs of Rochester had an unclear path after high school graduation. He spent a year and a half out of school before a Club board member, Dave, offered him a job opportunity at O'Connell Electric, where Dave serves as vice president of the Power Group. He quickly noticed William’s potential and helped him build professional connections and valuable work experience. Through his new job, William secured his commercial driver’s license which allowed him to grow in his career with the company. He also discovered what it meant to work alongside a caring staff invested in his success. So, when the company offered William the chance to support recovery efforts in Florida following Hurricane Ian, he jumped at the chance to apply his skills. He now assists nearly 300 line workers and tree trimming crews in Jacksonville, helping countless residents return to their homes. As his interests and goals evolve, William is grateful knowing that he can depend on people like Dave to support him in growing in his career, no matter where it may lead him next. 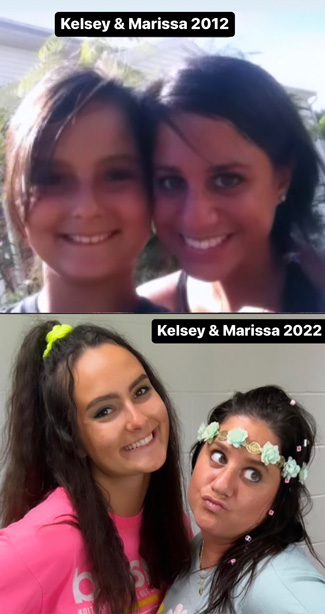 Over a decade ago at the Ellettsville Club of Boys & Girls Clubs of Bloomington, Marissa was a college intern when she first met nine-year-old Club kid Kelsey. Marissa went on to work for Boys & Girls Clubs in Los Angeles for years before rejoining the Ellettsville Club, now as unit director. Marissa’s first big task? Calling all the Club members she once served to return to their hometown and join the Club staff, too. Kelsey was first on Marissa’s call list and the first one to accept the job offer. Now, the former Club kid and staff member are colleagues.

“When Kelsey was young, she would say I was a mentor for her, but after the highs and challenges of summer camp at the Boys & Girls Club, Kelsey actually became a mentor for me,” Marissa said. During her first year of summer programming, Kelsey inspired Marissa by addressing difficult social situations among youth with grace and tenacity. They continue to learn from and grow with each other through their year-round work at the Club, inspiring new mentorships across generations.

“Kelsey has made me rethink mentorship all together. I’m so grateful that I got to re-meet a mentor at the Boys & Girls Club of Ellettsville all over again from a completely different vantage point.” 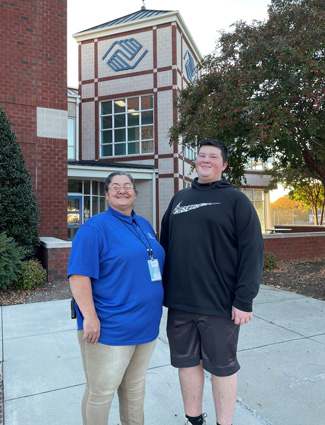 Michael was in kindergarten when he and his older brother began visiting the Boys & Girls Club of Cabarrus County, just across the street from the single-parent facility their family lived in. He soon bonded with Annette, a Club program director, who created a safe space for him to process and cope with his family’s financial challenges and offered guidance and support. Michael and his brother remained Club members until his family’s temporary housing arrangement ended, causing them to move out of the neighborhood and away from the Club during his fourth-grade year. While unreliable transportation prevented them from going back to the Club, Annette stayed in touch as a mentor and support system for Michael and his mother. Years later, Annette was driving the Boys & Girls Club bus to pick up Club members from a local high school when she spotted Michael, who was a new student there. Upon realizing she had a way to get Michael to and from the Club again, Annette reconnected with Michael’s mother, who registered him immediately. On his first day back, Michael could hardly contain his excitement at being a Club member again and gratitude to Annette for continually championing him and his family. Investing in young people's emotional well-being is a top priority for Boys & Girls Clubs of Weld County. Through their "Mentors for Mental Health" program, college students pursuing degrees in mental health fields are given the opportunity to support kids and teens as Club interns and trained mentors.

“They are amazing because they can take what they are learning from school and apply it to our Club, often offering advice, guidance and support to members who need it,” said Andrea Everett Ponce, the Club’s senior director of training and compliance.

“Mental health is important to me because I believe it gives us a chance to go the extra mile in getting to know someone and to be there for them,” shared a program mentor, Bella. “Working at the Boys & Girls Club gives me the opportunity to be a mentor for our awesome children and has shown me a community that helps me grow in my own way and support what I want to do.”

With more than 437,000 trained staff and volunteers across the nation, Boys & Girls Clubs strive to provide mentorship and support to help kids grow into confident, capable adults. In fact, Boys & Girls Clubs of America’s youth data shows that young people who meet regularly with a mentor are 40% more likely to graduate on time and 55% more likely to enroll in college. Find a Club near you to learn more about youth mentoring services or volunteer to be a mentor for youth in your community.


How To Find a Mentor for Your Child

Boys & Girls Clubs provide inclusive and safe places, caring mentors and life-enhancing programs that boost youth self-esteem, build confidence and contribute to overall positive and healthy well-being. Sign up for our newsletter to receive the latest resources and stories from Boys & Girls Clubs of America, and learn more about how Clubs across the nation connect millions of kids and teens with trained mentors.