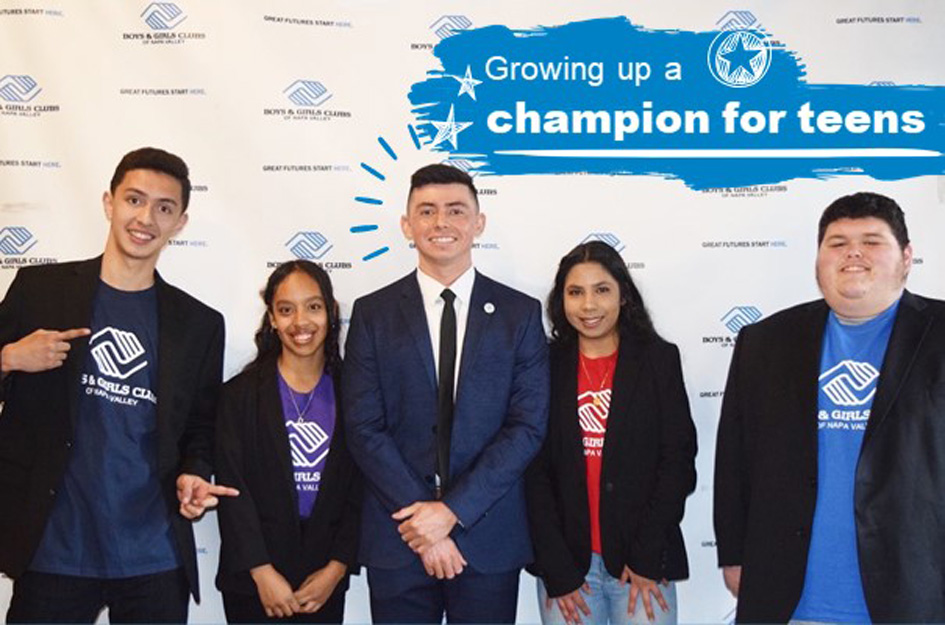 When Josh Sergeson (center) first checked out the Boys & Girls Clubs of Napa Valley at age 17, he didn’t realize he’d find a home away from home… and a career trajectory.

Growing Up a Champion for Teens
Posted 01/31/2022 by Josh Sergeson, Teen Services Director, BGCs of Napa Valley in Club Stories,Alumni

I was 17 when my best friend convinced me to go to the Boys & Girls Clubs of Napa Valley. I was going through a hard time and felt disconnected from everyone – so I was super nervous to walk into a place where I didn’t know anybody.

When I got to the Club that day, I learned it was “family dinner,” where we all sit down for a family-style meal together. When I sat down at the table and looked around, I realized no one was judging me. In fact, the other teens embraced me right away, starting conversations and making me feel at home. All of a sudden, I found connection at a time when I truly needed it most, and I knew I’d be back the next day and the next.

I always tried to figure out what that was – why the Club was the place that helped me feel connected and comfortable being myself. Now, I realize it was the staff who created that culture. The Club staff member running the teen center maybe wasn’t the loudest person in the room and maybe it wasn’t obvious what she was doing at the time, but she had built a culture for her teens where we were able to see people from different walks of life and were empowered to learn from each other.

That sense of belonging and culture of inclusion were there from the moment I walked in. It’s why I became a Club member. It’s why I started working the front desk as a teen staff member. It’s why, now an adult in my career, I now run the Teen Center to give back to more generations of teens. And it’s why I one day hope to become CEO of my Club.

That moment helped me to grow into the moment I am in now – I’m able to be a leader and do that same thing for our teens every day.


The Power of Teens

As I learned, the Club is there for you no matter what age you are. As a 17-year-old figuring out what to do after graduation, the mentorship I received at my Club was so important.

In my teen years, I’d been asked the standard “What are you gonna do after high school?” many times. So when Amanda Frances Fisher, a staff member (who is now my colleague), asked me this, I brushed it off with, “Oh I may go to community college. I don’t really see much going on in my life… I can’t really afford it.”

She could’ve let it be, but like a good mentor does, she listened and asked a few smaller questions that made me open up: “Why do you think you can’t afford it? Why do you want to go this route? Why not you?” As soon as I started giving more detailed answers, Amanda was bringing me paperwork and resources that allowed me to see what’s possible and dream a little bigger.

I think a lot of people may be hesitant to approach teens – they can be intimidating and seem like they don’t want you to bother them or that they don’t want to listen. But I thrive off the fact that teens have untapped potential and I want to be their partner in helping them own it. It’s like, “Let’s go show them! Let’s show them what the teens got!” During our Youth of the Year program, when our teens practice elevating their voices around their experiences and what they’re passionate about, that’s often a moment when parents, teachers and community members are shocked at what these kids have to say – afterward, they come up and say, “Wow, we didn’t know.” 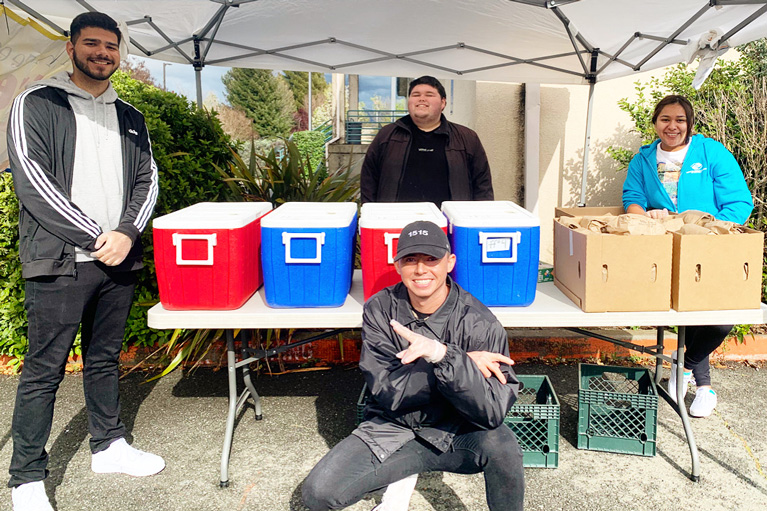 Creating Connections and a Sense of Belonging

Now I’m the Teen Services Director at the Club, helping build a culture for our teens.

Teens like James. He was going through a lot in his life, so our staff wanted to help him find a way to connect and enjoy his time at the Club. We have a Power Hour homework help program, but James’ school did their homework during class, so when he showed up at the Club during Power Hour, he had nothing to do and felt isolated.

At the time I was running the tech lab, and James came in with big headphones on and sat at a desk, listening to music. I could’ve sat there and allowed him to be quiet and do his thing – after all, isn’t wearing headphones now a universal sign for “leave me alone”? But I wanted to connect with him if he was open to it, so I started small, asking “What are you listening to?” We had similar interests in music, and after chatting awhile, I asked him, “Have you ever made music before?”

I told him, “The person you’re listening to was once like you – they didn’t know they could make music until they started doing it.”

That night I downloaded a free software music program onto our computers and when James came the next day, I told him, “No pressure, but if you want to, it’s there.”

Before you know it, James was making music and showing me what he was creating every day. And the coolest thing was, the other kids were inspired by what James was doing and he was confident enough to share it with them. He’d found his connection. 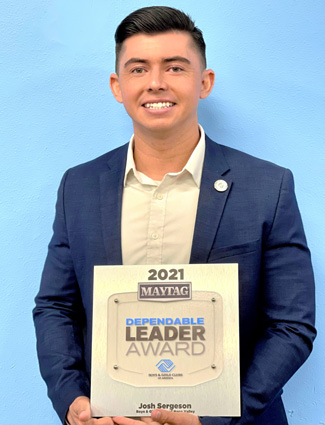 I Want to Be in Your Chair Some Day

Since my teenage years at the Club, I wanted to come back and run the Teen Center that had made me feel so at home. I’m proud to say I’ve accomplished that dream and am creating a culture where teens in my program also want to give back to the next generation. In fact, five young people now work for our organization who were once Club members in our Teen Center – that’s a full-circle moment for me.

My dreams are evolving, and I am inspired to keep serving young people and empowering them to reach their potential. When Greg Bouillerce, our Executive Director, joined our Club, in one of our first meetings together I said, “I want to sit in your chair. How do I make that happen?”

Just like when I was 17, this Club always pushes me to dream bigger – our team hears my crazy ideas and says “awesome, I like that, but let’s take it to the next level.”

For me, that next level may be CEO of my Club one day… something I think my 17-year-old self would be proud of.

Learn more about how Boys & Girls Clubs provide caring mentors to millions of kids and teens across the nation each year and find youth mentoring programs at a Club near you.